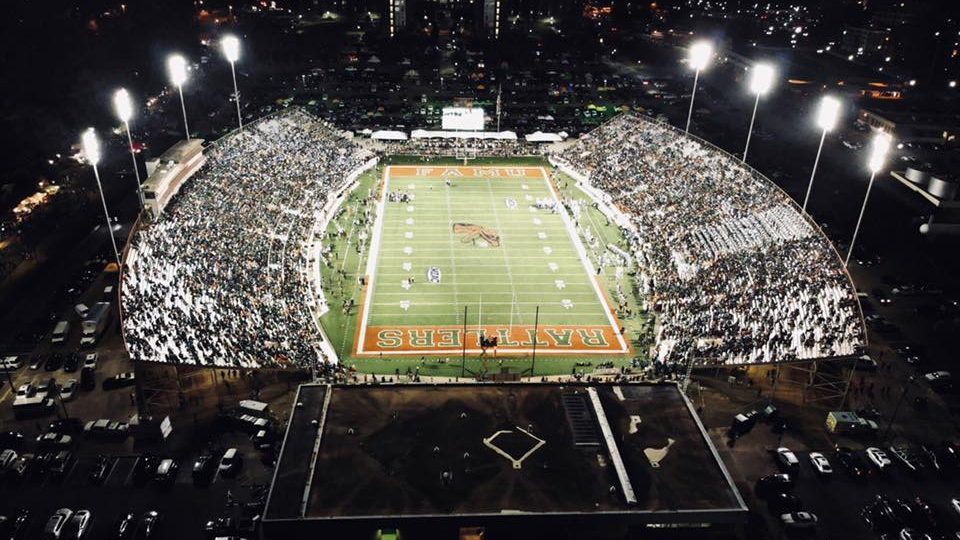 FAMU and Southern was highly anticipated after a seven-year hiatus. And the game did not disappoint.

Two of those rivals got a chance to meet in Tallahassee on Saturday night, giving HBCU football fans a matchup they had been awaiting nearly a decade: Southern vs. FAMU.

Florida A&M came out on top over their rival from the SWAC, beating Southern 27-21 in a game that wasn’t decided until the very end. More than 27,000 fans packed into Bragg Memorial Stadium to see two of HBCU football’s proudest programs battle it out in a matchup that dates back to pre-World War I.

Ryan Stanley found Xavier Smith for a 17-yard touchdown connection that gave his team the lead for good with 3:32 remaining in the game.

Smith had a monster day with 201 yards on nine receptions. Stanley finished with 355 yards passing and two touchdowns while completing 24 of 39 passes in the win.

“We came out here. We fought hard, and we came out with a win,” Smith said after the game. “This is only one game. We’ve still got work to do. This is just the beginning of the iceberg.”

FAMU looked to be headed to an easy win early on as it jumped out to a 17-0 win in the first quarter. SU scored three touchdowns to take a 21-19 lead before Ryan and Smith hooked up to give the home team the advantage again.

It had been 2,919 days since FAMU and Southern had met on the gridiron, and both the FAMU faithful and Jaguar Nation were excited to have it back. A horde of columbia blue and gold came in from I-10 and made its way to the Florida Panhandle. The official announced crowd of 27,191 was the largest non-homecoming crowd in school history.

Between the two football squads, the Marching 100-Human Jukebox matchup and the fans, this is a game that clearly deserves to be a consistent staple in the HBCU landscape. The two teams will play again in 2020, this time in Baton Rouge at Mumford Stadium, and hopefully FAMUans will return the favor and help pack it in for Southern.

FAMU may have come out on top on the scoreboard, but the true winners were the fans of HBCU football.