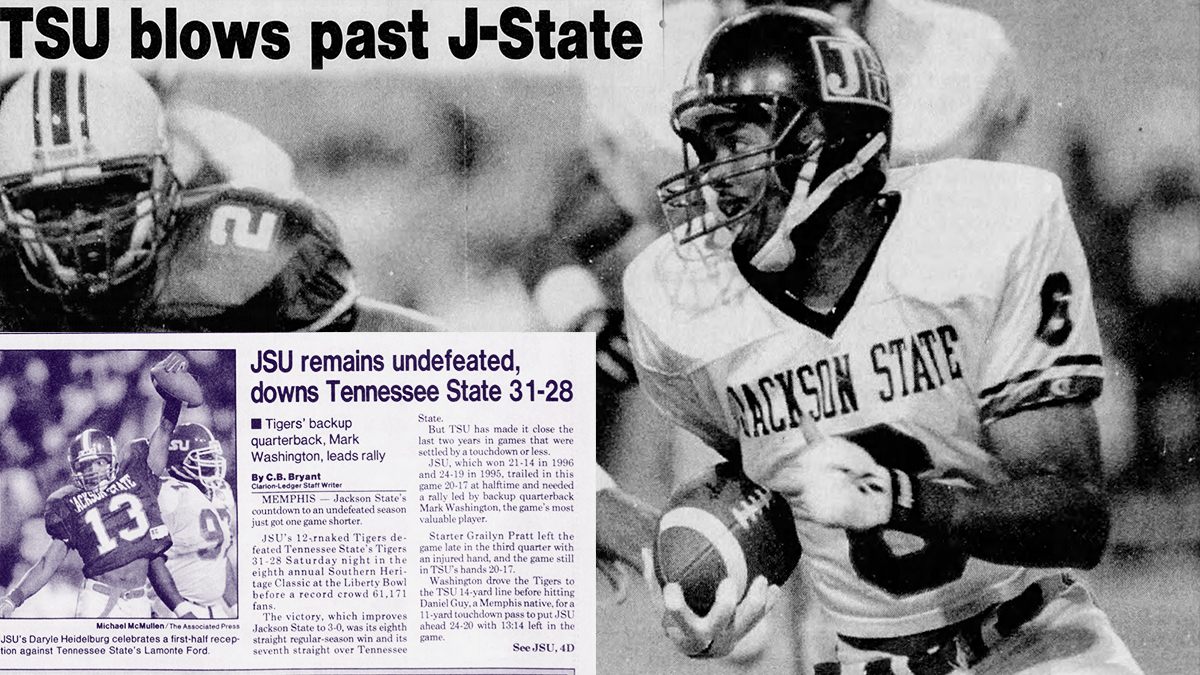 The Southern Heritage Classic started as a concept for a music festival but turned into a platform for Tennessee State and Jackson State.

Fred Jones had an idea over 30 years ago for a musical festival that would bring people from all over to the city of Memphis. Jones was introduced to the music business in 1971 by soul legend Isaac Hayes who was searching for someone to count his money while on tour.

Jones, who was then working at Union Planters National Bank became entrenched in the music scene as an accountant and it was the love of music that he wanted to share with his home city. Jones’s original was to bring a Super Bowl of music to the city for everyone to enjoy. Unfortunately this planned failed but luckily Jones received a phone call from Tennessee State head coach Bill Thomas and Jackson State head coach W.C Gorden about the possibility of playing an annual neutral site game in Memphis.

At the time, TSU and JSU played each other at each other’s home field on an alternating basis. The two coaches knew that both schools had large alumni bases in Memphis and that the city was basically equal distance from both campuses.

Jones then took this idea and combined it with his original idea to create The Southern Heritage Classic which has grown into one of the largest HBCU Classics in the country.

The first edition of the Southern Heritage Classic between Tennessee State and Jackson State was played on September 8, 1990. TSU pulled out a 23-14 win over JSU before a crowd of 39,57. The game was an exciting one as backup quarterback Jimmy Bethea rallied his team from an 11-point halftime deficit and this started an amazing tradition in Memphis.

“These kinds of games, the Classic games sponsored by a group which makes it a special event, might be the salvation of black college football,” then-TSU coach Joe Gilliam Sr. told the Nashville Tennessean in 1991. “I don’t believe we can stay in Division I-AA football without two or three of them each year. You stay broke instead.”

JSU did not participate in the 1991 and 1993 editions of the Classic so TSU played Mississippi Valley State and Grambling State during those years. Jackson State returned to the Classic in 1994 with a record-breaking crow of 50,047 attendees and the game has become THE event in the city of Memphis. The average attendance for the Southern Heritage Classic is 48,518 with 11 of the contests drawing over 50,000 fans.

The 2001 edition of the Classic was originally scheduled for September 15 th but was rescheduled to November 22 nd due to the events of September 11 th . Tennessee State currently leads the series over Jackson State 17-9 and JSU has dominated the series since 2001 winning 14 out of the last 17 meetings including a current 6 game win streak that dates back to 2012.

The 2018 edition of the Classic was canceled due to inclement weather so these teams have not faced each other since 2017.

Overall, the JSU-TSU rivalry goes back even deeper as Hall of Fame coach John Merritt cut his teeth at JSU in the 1950s before going to Nashville and adding to his legend with TSU teams that were stockpiled with NFL talent. While the talent level isn’t quite the same, the intensity of the rivalry remains all these years later.