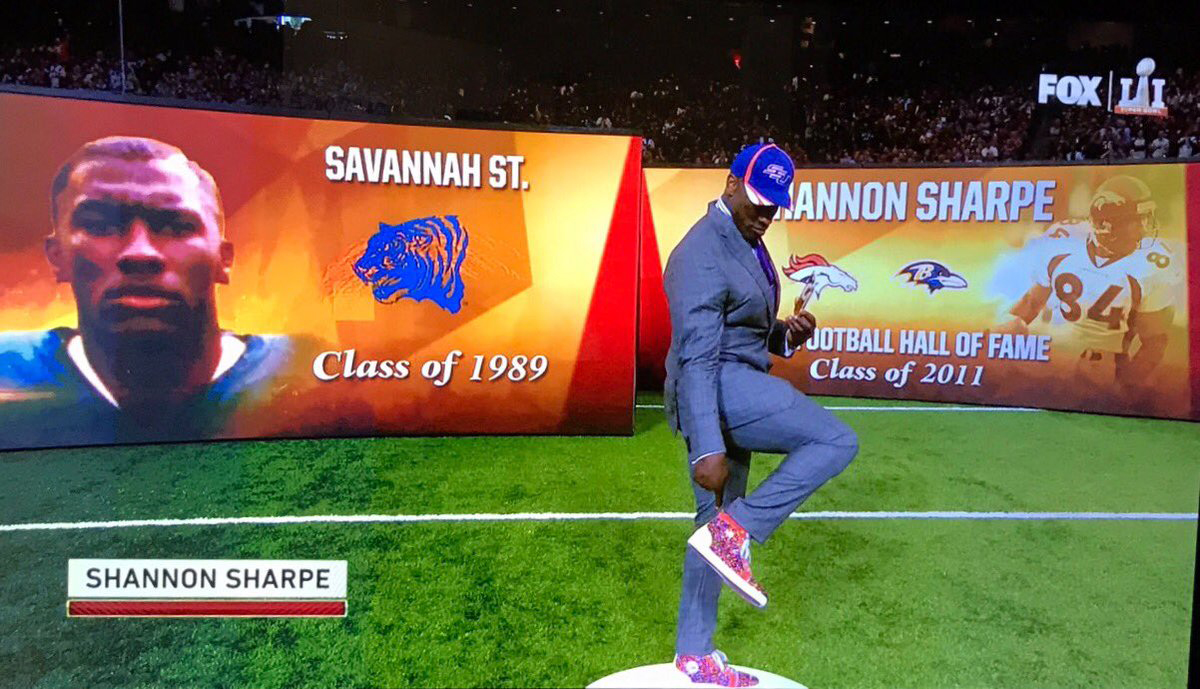 Shannon Sharpe speaks on the value of going to an HBCU and reveals what kept him at Savannah State instead of going to Miami.

The topic of top talent coming to HBCUs continues to be a hot one on and offline. And the conversation is not just limited to those who went to HBCUs.

Carmelo Anthony was asked about the subject on an Instagram Live conversation following Mikey Williams and other top basketball talent hinting suggesting that they would be open to playing at HBCUs.

Anthony, who led Syracuse to the 2003 NCAA title, says he thinks it can happen and that it will just take one player to start the trend.

Shannon Sharpe, one of the greatest athletes produced by an HBCU since integration has a different perspective than most.

The legendary tight end and current co-host of Foxsports’ Undisputed revealed on Wednesday that he was considering transferring to the University of Miami following a star freshman season at Savannah State.

Sharpe, who played in the shadow of his older brother, Sterling, landed at Savannah State in 1987 and immediately showed he had big-time talent. He caught 60 passes for 1,087 yards and 10 touchdowns. Those numbers caught the attention of Jimmy Johnson’s coaching staff at Miami.

“I said coach, I want to play in front of 75,000,” Sharpe said he told his college coach, Bill Davis.  “And plus, I want to go to the NFL…ain’t nobody gonna see me here at Savannah State.”

Davis who also coached at South Carolina State under Willie Jeffries, gave him a speech most HBCU players have heard since forever.

“He looked me dead in my eye and said ‘son…if you good enough, they’ll find you.”

Sharpe said he walked out the door and never looked back. He would finish his career with 192 receptions for 3,744 yards and 40 touchdowns at SSU.

Sharpe admitted to co-host Skip Bayless that transferring to high-powered Miami would have likely helped his draft stock immensely. He would go on to be picked in the seventh round of the 1990 NFL Draft by the Denver Broncos.

Thirty years later, Sharpe is a Pro Football Hall of Famer. Not only that, he’s one with a national platform and proudly wears his HBCU colors.

So when Carmelo Anthony said that one top player going to a historically black college could change the landscape, Sharpe was able to speak with authority.

Sharpe said the trend could also favor HBCUs if more players who went to Power Five schools spoke on the experiences they have faced at majority institutions.