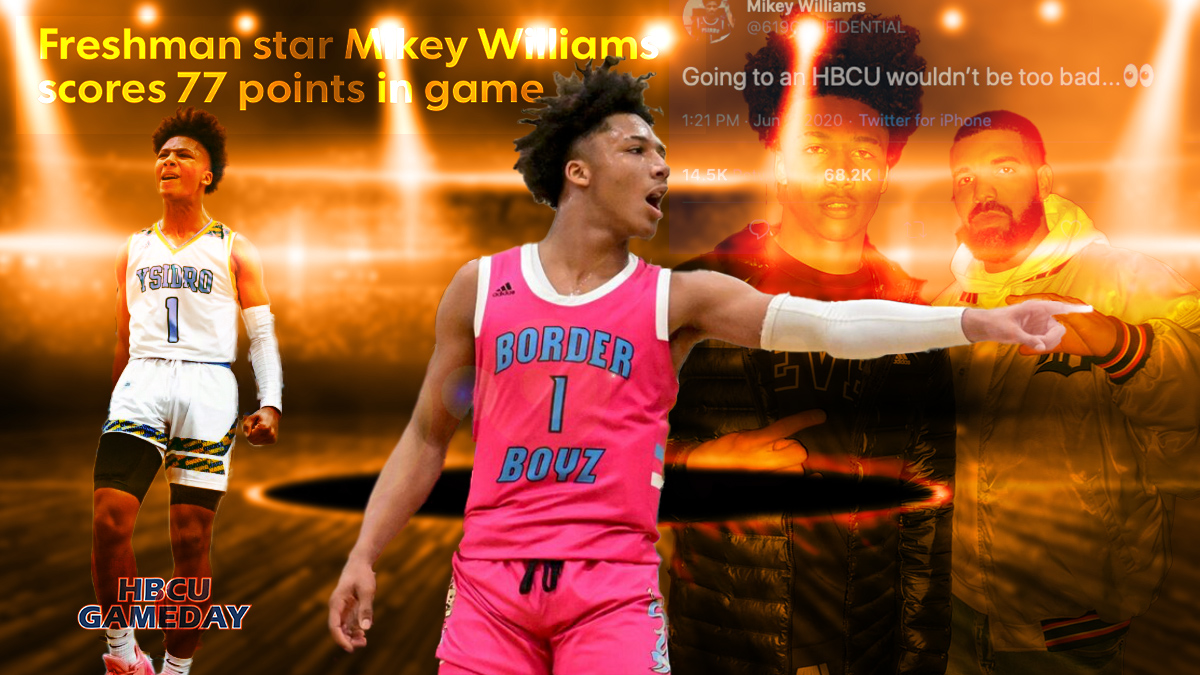 Could Mikey Williams be ‘The Chosen One’ HBCUs are waiting on?

Everyone’s looking for the magic recruit to start moving Power Five talent to HBCUs. Could Mikey Williams be it?

Uprisings in the wake of the killing of George Floyd and several other black men and women over the last few weeks have turned the world upside down.

While that’s a disturbing thought for many, HBCU sports fans and coaches are hoping the events of the past few weeks may result in some badly-needed recruiting wins.

Earlier in the week a note got circulated so much that it went viral.

Now of course we know that there are more than 20 HBCUs who do actually compete at the Division I level. But let’s not miss the forest for the trees — the level of high school talent flowing into HBCUs isn’t anywhere near the level that most people think of when they say Division I, and that would be the Power Five.

San Diego’s Mikey Williams is one such talent. The rising sophomore is considered one of, if not the top talent in the Class of 2023. He averaged 30 points a game as a freshman at San Ysidro High School, including a 77-point game earlier in the year.

To give you an idea how big the kid is— Drake hit HIM up to hang out. At 15 years old.

“He started following me about three months ago and I hit him up about a month or so after that,” Williams told Sports Illustrated. “Then, while I was at NBA YoungBoy’s concert recently, Drake hit me up to tell me he’d be in L.A. and wanted to link.”

Tuesday morning Williams, who has over 36k followers on Twitter, hinted that he might be open to playing at an HBCU.

By Wednesday morning, Williams had offers from three HBCUs, according to Compton Magic. Norfolk State, Tennessee State and Texas Southern have all reportedly offered Williams scholarships. Grambling and Howard offered him later in the day.

We’ve seen top players flirt with HBCUs before in recent years. Just last year Makur Maker and Joshua Christopher both had Howard on their lists and actually visited the Washington, D.C. based school. But neither of them will suit up for the Bison, as Christopher has committed to Arizona State and Maker is pursuing a pro career.

But as North Carolina A&T acting head coach Will Jones told us in May, HBCUs have to at least be in the room and conversation. That may be tough for a kid like Williams, who lives 1,500 miles away from the nearest Division I HBCU, but coaches would be doing a disservice to their institutions if they didn’t put out feelers, especially after his viral tweet.

Because the reality is, the difference between being in Division I and being a real player in Division I is wide, and it hasn’t gotten any closer in nearly 40 years. But all it takes is one. Maybe Drake’s new high school fixation will be the one that gets the ball rolling.

If Williams continues to be as prolific as he’s been so far, the cameras and his two million-plus Instagram followers will continue keep up with his every move on the court. That would include Durham whether he played at Duke or North Carolina Central. Or whether he heads to North Baton Rouge to play for Southern instead of LSU. Or if he played his college ball at Bowie State instead of in College Park. You get the picture, right?

The world is yours, young fella. Choose wisely.

Could Mikey Williams be ‘The Chosen One’ HBCUs are waiting on?