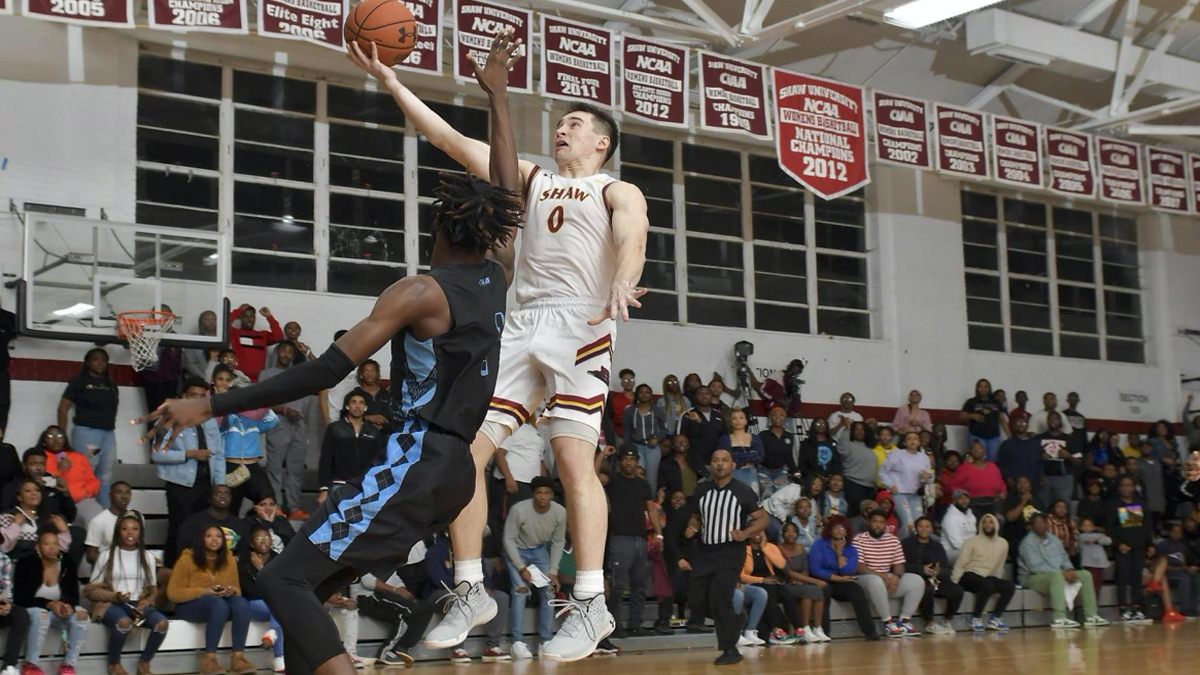 CIAA Rookie of The Year, All-Conference guard among those in transfer portal

The COVID-19 virus continues to reshape all of the world, including college athletics.

Next month the NCAA is expected to vote on a measure that would allow a one-time waiver of the rule that requires players transferring from one school to another to sit out for a year. The vote is up to the Division I council, but it is likely that it would apply to the lower divisions as well.

Whenever CIAA basketball resumes again, some of the key players from last season will likely be wearing new uniforms.

Greyson Kelley of Shaw is the second All-CIAA player to put his name into the transfer portal, according to Verbal Commits. The 6’2 guard averaged 19.2 points on 47.3 percent shooting from the field for Shaw, which won just five games last season. The Raleigh native is also a prolific shooter from the 3-point line (43.4 percent) as well as the free-throw stripe (91.8 percent).

The Raleigh native spent his first two seasons at Olney Central College before coming to Shaw for the 2018-19 season. He averaged just 2 points per game behind All-American Amir Hinton, but showed as a junior that he can play given the time.

Kelley isn’t the only big loss for the Bears. Nigel Martin, the reigning CIAA Rookie of The Year, is exploring his options as well. Martin led all CIAA freshmen in scoring during the regular season at 14.4 points per game. The Cleveland, OH native was also top 10 in the CIAA at 6.6 rebounds per game, which also led all freshman.

Clearly, new Shaw basketball coach Bobby Collins will have plenty of holes to fill as he prepares to try to rebuild the Raleigh program. But he isn’t the only CIAA coach with multiple potential transfers in the portal.

As many as nine Claflin players are reportedly in the transfer portal, most notably Latrell West. The 6’2 guard led Claflin in scoring during his lone season in Orangeburg, averaging 12 ppg on 41 percent shooting in 25 minutes per game.

This news comes just after Livingstone’s Elmore twins hit the portal. Add in the departure of two of the top 50 scorers in CIAA history, and next season looks like it will be one for new stars to emerge.

CIAA Rookie of The Year, All-Conference guard among those in transfer portal