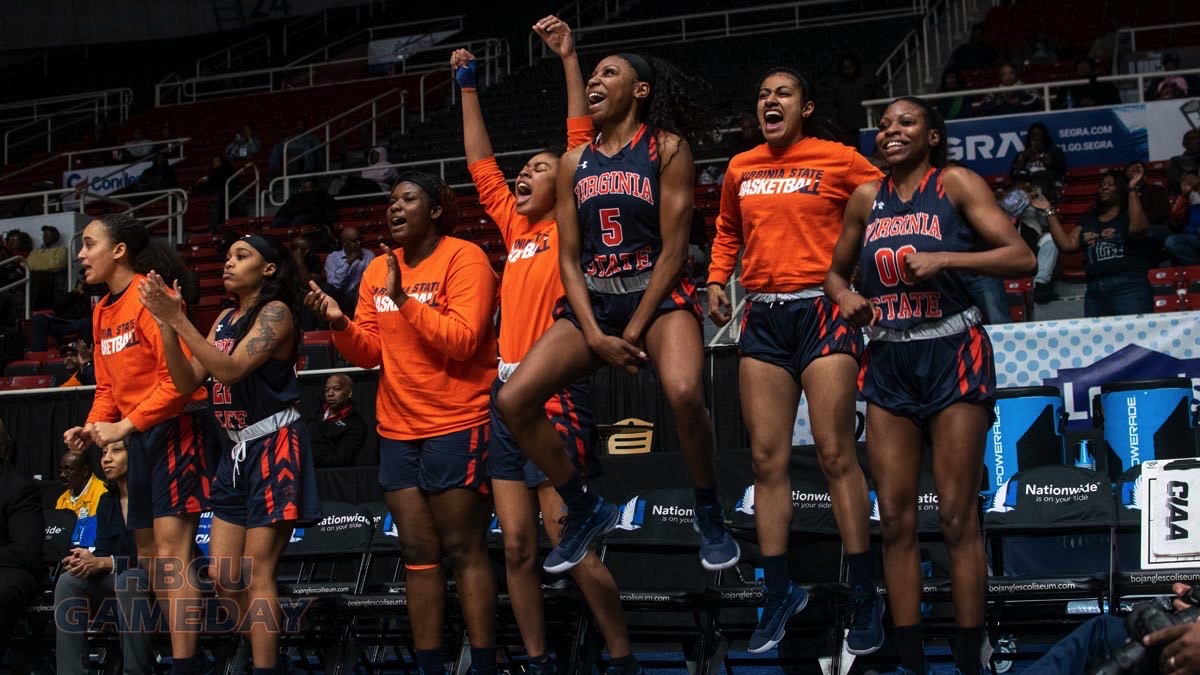 After four opening round women’s games on Tuesday, three teams from the CIAA North and one from the South advanced to the Quarterfinals.

CHARLOTTE, NC– Day One of the CIAA Tournament featured several fights to stay alive in over eight hours of “survive and advance” women’s hoops. After four consecutive heated match-ups, four teams advanced to face the top seeds in the Quarterfinals on Wednesday and Thursday.

ECSU will return to the court to face the top south seed, Fayetteville State, in the Quarterfinals on Wednesday at approximately 2:20 PM.

After a close game initially, Bowie State followed with a big victory over Shaw, 73-47. BSU’s senior forward and Defensive Player of the Year Kyaja “JJ” Williams led all scorers with a double-double performance featuring 22 points and 13 rebounds for second-seeded BSU.

BSU has a day off, then will have a rematch against No. 2 South seed Johnson C. Smith in the Quarterfinals on Thursday around 3 PM.

Lady Trojans not done yet

VSU will face a familiar rival in Virginia Union, top seed in the CIAA North, in the Quarterfinals on Wednesday at approximately 4:30 PM.

The Lady Rams will have a day off before facing second northern seed Lincoln (PA) on Thursday at 1 PM.