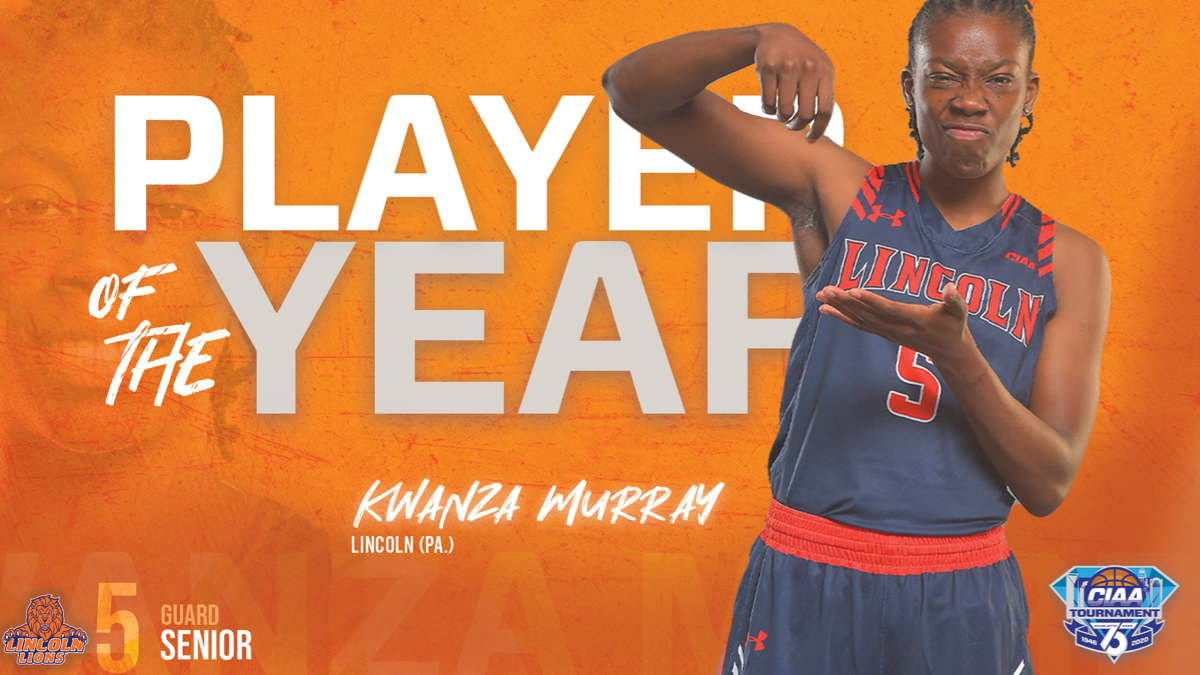 Kwanza Murray, a senior guard from Lincoln University (PA), has been named CIAA Women’s Player of the Year. Murray led the conference in scoring at 18.4 points per game during the regular season while also leading the conference in field goal percentage at 44.8 percent and ranking second in the league from the line at 82.4 percent. The Summerville, SC native also averaged 1.9 steals per game, tied for seventh best in the league.

Head Coach Darrell Mosley of Lincoln University (PA) earns his first CIAA Women’s Coach of the Year honor after leading his team to a 12-3 record in conference play, finishing tied for second in the CIAA Northern Division. Mosley has led the Lady Lions to a school-record 23 wins and guided them to their first top 25 national ranking in school history.

Bowie State University senior Kyaja Williams has been named CIAA Women’s Defensive Player of the Year. Williams, a native of Baltimore, MD, leads the CIAA and Division II with four steals per game and ranks seventh in the conference at a block per game. The 5-8 forward was one of two players in the CIAA to average a double-double during the regular season at 13.9 points and 10 rebounds per game. She ranks second in the league in rebounding and fourth in scoring.

Rookie guard NyAsia Blango of Elizabeth City State University has been selected CIAA Women’s Rookie of the Year. Blango totaled 101 points in her freshman campaign, scoring in double figures twice, while registering 56 rebounds and 22 steals. The Havelock, NC native ranked among league leaders in assists during the regular season at more than two per game.