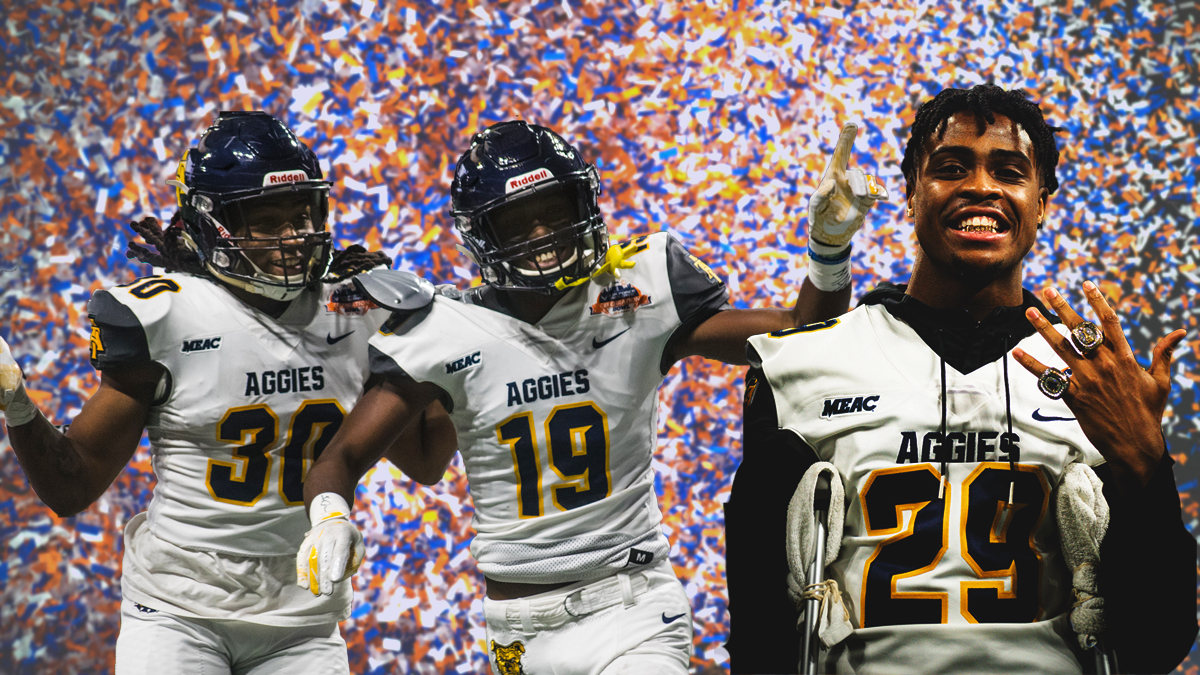 Does NCAT have enough in the tank for a MEAC three-peat?

North Carolina A&T has lost just five games in three seasons. Can NCAT stay atop the MEAC and HBCU football for a third-straight season?

It’s hard to have a roller coaster season when you win ten games (including your biggest ever), win your conference title and claim a national title, but that’s what North Carolina A&T managed to do in 2018. Despite going a perfect 12-0 in 2017, A&T was expected to start the season in an 0-2 hole by most folks outside Greensboro as it took on perennial playoff team Jacksonville State and then in-state FBS foe East Carolina in back-to-back weeks.

Instead it won both games, and looked to be possibly headed to another unbeaten season before a deer-in-the-headlights performance against Morgan State in a game against a conference rival that didn’t count towards the MEAC standings. A month later it dropped another game at BB&T Stadium when FAMU came up with a win at home. But when the dust cleared and the confetti dropped, A&T made it back to Atlanta and held off a talented Alcorn State squad for another banner year.

Gone, But Not Forgotten

This season will bring along its own set of challenges. Quarterback Lamar Raynard, the school’s all-time leading passer in pretty much every statistic and holder of a 35-2 record, is gone. So is his running mate Marquell Cartwright, who kept the Aggie running back train pushing after Tarik Cohen departed for the NFL. Also gone from 2018 is Daryl Johnson, the team’s edge rusher extraordinaire who got himself drafted after his redshirt junior season.

Attempting to fill Raynard and Cartwright’s shoes will be quarterback Kylil Carter and running back Jah-Maine Martin. Carter is not new to the A&T program, he’s been around for years, backing up and stepping in for quarterbacks since Kwashaun Quick was the starter in Greensboro. Carter has had his moments throughout his career, like when he threw the game-winning pass against ECU last year, but this year he goes in as the man. Waiting in the wings will be Kingsley Ifedi, who transferred from ECU coincidentally, and Jalen Fowler. Martin backed up Cartwright last season, and still managed to be one of the top rushers in the MEAC. Expect him to eclipse the 1,000 yard mark which is now standard for A&T running backs since Rod Broadway took over.

Headlining the returners are receiver Elijah Bell and cornerback Mac McCain. Bell got off to a slow start last season after dealing with an injury early, but rebounded for a solid junior campaign with 48 catches and six scores. Once the young gun on an offense with Cohen, Denzel Keys and others, he’s now the senior leader of a solid corp of receivers which includes Zachary Leslie, last season’s leading receiver with 50 catches and nine touchdowns. Leslie is a tall, speedy compliment to the bulky senior from West Virginia and together they form a 1-2 punch that is a tough matchup for any defensive backfield.

Speaking of DBs, there’s no debating that McCain III is as good as it gets in the MEAC or FCS football period. The Greensboro native was having another spectacular season as a sophomore in 2018 when he tore his ACL in the homecoming game against Norfolk State. Of course the team went on to run the table without him, but his presence was missed in his absence. His junior season could be his final one at A&T as he has already fulfilled the requirements for his bachelor’s degree with two years of eligibility remaining, giving him the option to turn pro or possibly play at the FBS level in 2020 if he so chooses. For now, he leads an A&T defense that will need him more than ever thanks to the losses of Johnson and Sam Blue up front.

Defense is an A&T calling card just as much as running the ball, and if nothing else, Sam Washington’s team will play solid, hard defense. A number of transfers will help to fill in some holes along with other players who have been waiting in the wings.

A&T has set the bar high the past few seasons, winning conference championships in four of the past five years, including the last two outright as well as three of the first four Celebration Bowls. Add in three-straight wins against FBS opponents and a big win against an FCS power last year. Expectations are high, and once again every one will be gunning for the Aggies. Only time will tell if they can rise to the challenge once more.

Does NCAT have enough in the tank for a MEAC three-peat?