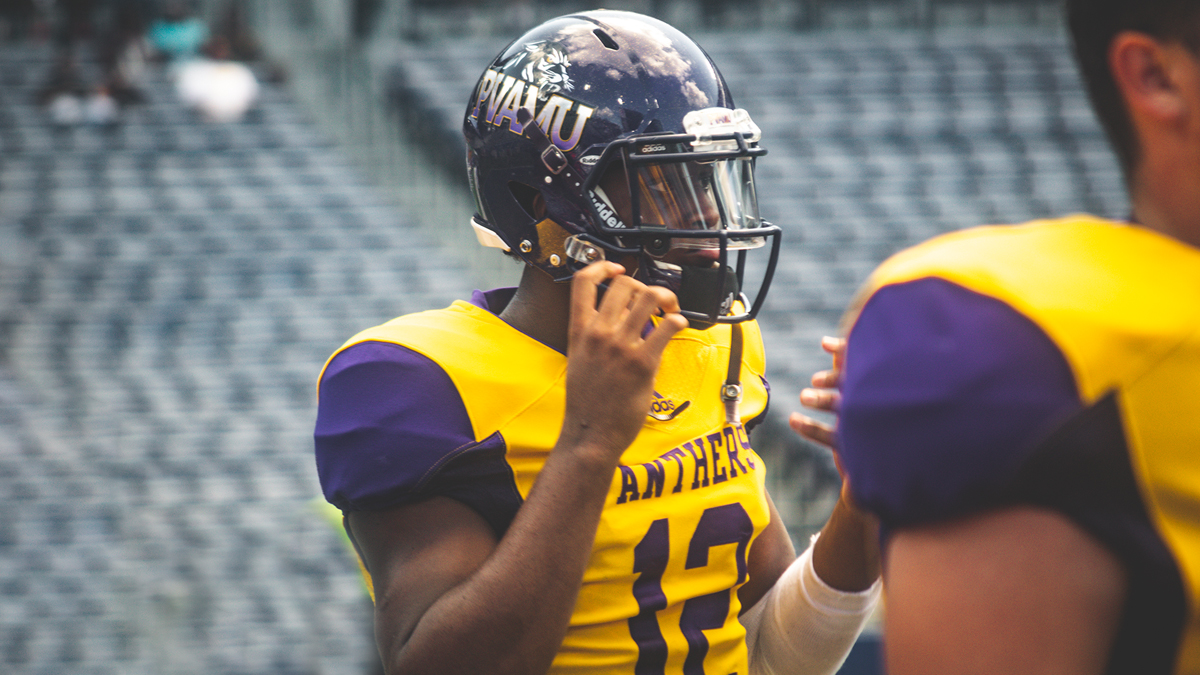 Can Prairie View go from Cinderella to SWAC royalty in 2019?

You know the story about how Prairie View started fast and finished slow. Surely the Panthers hope to make you forget in 2019.

Prairie View was the hottest team in the conference in September a season ago. The Panthers came within an eyelash of upsetting FBS Rice and FCS powerhouse Sam Houston State on the road, while taking North Carolina Central to the woodshed in the MEAC/SWAC Challenge. It finished the month strong, ending Grambling’s conference win streak in the State Fair Classic.

But then the Panthers ran into Southern and the clock struck midnight and the Panthers would struggle to close the season. Quarterback Jalen Morton returns after an amazing 2018 season statistically. Morton finished 5th in the league with 874 yards rushing and 10 rushing touchdowns while finishing second in the league through the air with 2,364 passing yards and 18 touchdowns but it was his league leading 12 interceptions that has him in a battle this offseason to keep his job. 2017 starting quarterback Neiko Hollins has returned to the program after a year away from the program and the Panthers brought in two talented quarterbacks in freshman Shayne Lawrence and Kansas transfer TJ Starks.

Dewonya Tucker returns at running back after rushing for 1,101 as a junior which was ranked 3rd in the SWAC. Leading receiver Tristen Wallace also returns after racking up 38 catches and 629 yards a season ago and tight end Zarrian Holcombe might be the best in the league at his position. The offensive line returns almost entirely intact this season but this unit must improve from last season in order for the Panthers to win a division title.

Defensively the Panthers struggled at times season ago and were inconsistent stopping the run and generating a pass rush, despite the fact that Quinton Bell got drafted. Ronald Collins and Jason Dumas will anchor the defensive line while safety Drake Cheatum is the team’s leading returning tackler.

One of the most talented players on the defensive side of the ball for Prairie View will be Ju’Anthony Parker who was a 1st team All SWAC performer a year ago and is efficient defending the pass and in the return game. If the Panthers can improve defensively and limit turnovers this year they could be a serious contender to make the SWAC Championship game.

Can Prairie View go from Cinderella to SWAC royalty in 2019?