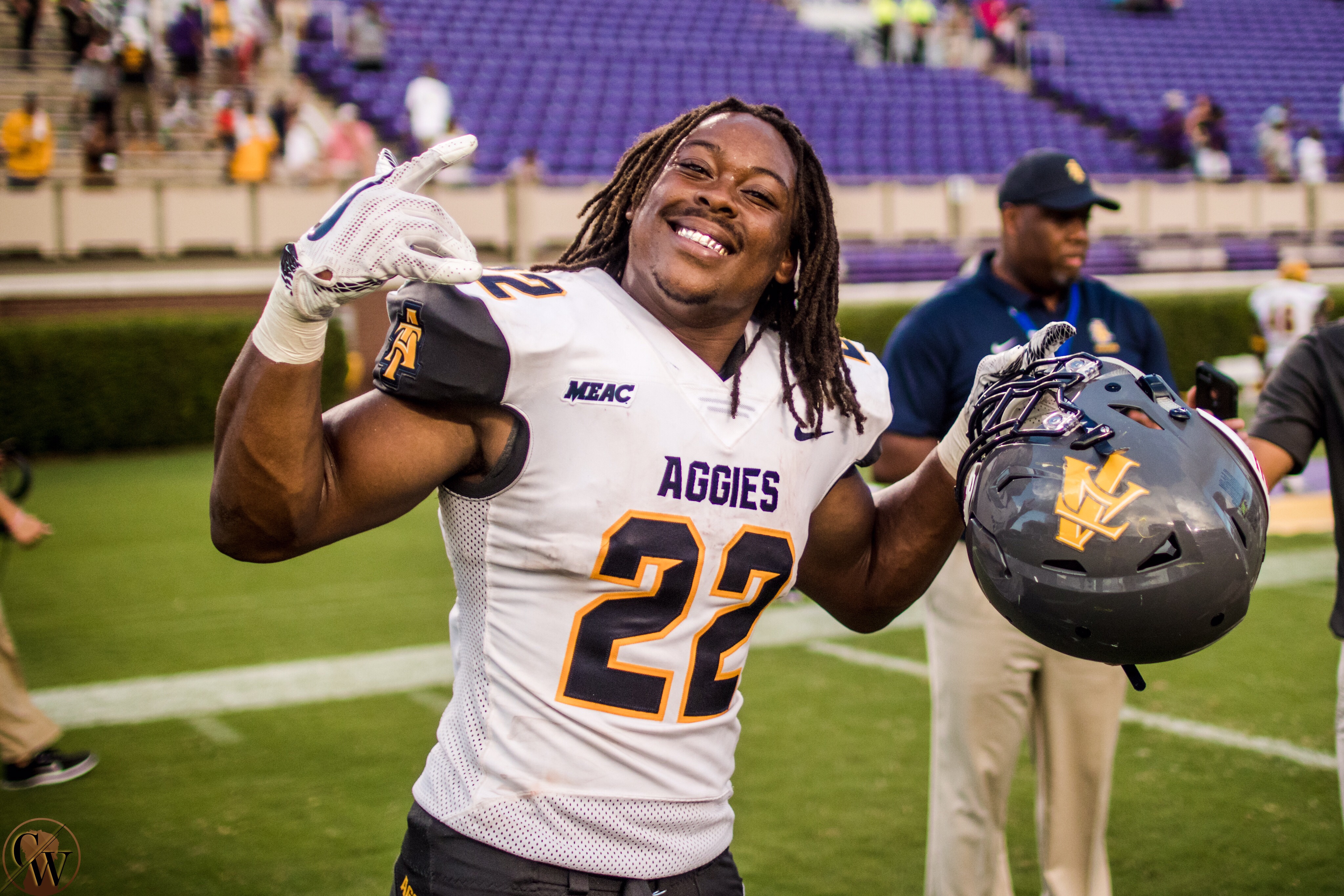 North Carolina A&T heads home with a big win, a big check and a big statement win for its red-hot program.

North Carolina A&T’s football program sent a big message across the nation and especially in its home state. The HBCU from Greensboro is the best football program in the state right now, regardless of division.

A&T pulled off a 28-23 upset of East Carolina on Sunday, knocking off an FBS opponent for the third year in a row. It also takes home a check worth $330,000 as payout for coming to an FBS opponent.

This soundbite from Coach Washington might just be the best of the year so far 😂😂😂 #CutTheCheck via @NCATAGGIES pic.twitter.com/XJrBYaMtwE

A&T used big plays from both quarterbacks Lamar Raynard and Kylil Carter along with clutch touchdown catches by Elijah Bell and Zach Leslie to pull it off.

The Aggies showed they would not be intimidated by the Pirates from the start. HBCU Gameday All-American Mac McCain took an interception 109 yards to give A&T an early 7-3 lead. ECU would respond but A&T stayed aggressive from start to finish.

Carter, Raynard’s backup, was cool, calm and collected in the clutch for A&T. He threw two scoring passes in the fourth quarter, one for five yards to Leslie and the game-winner, a 17 yard strike to Bell.

The win was the 14th in a row for the program, including two over FBS schools.