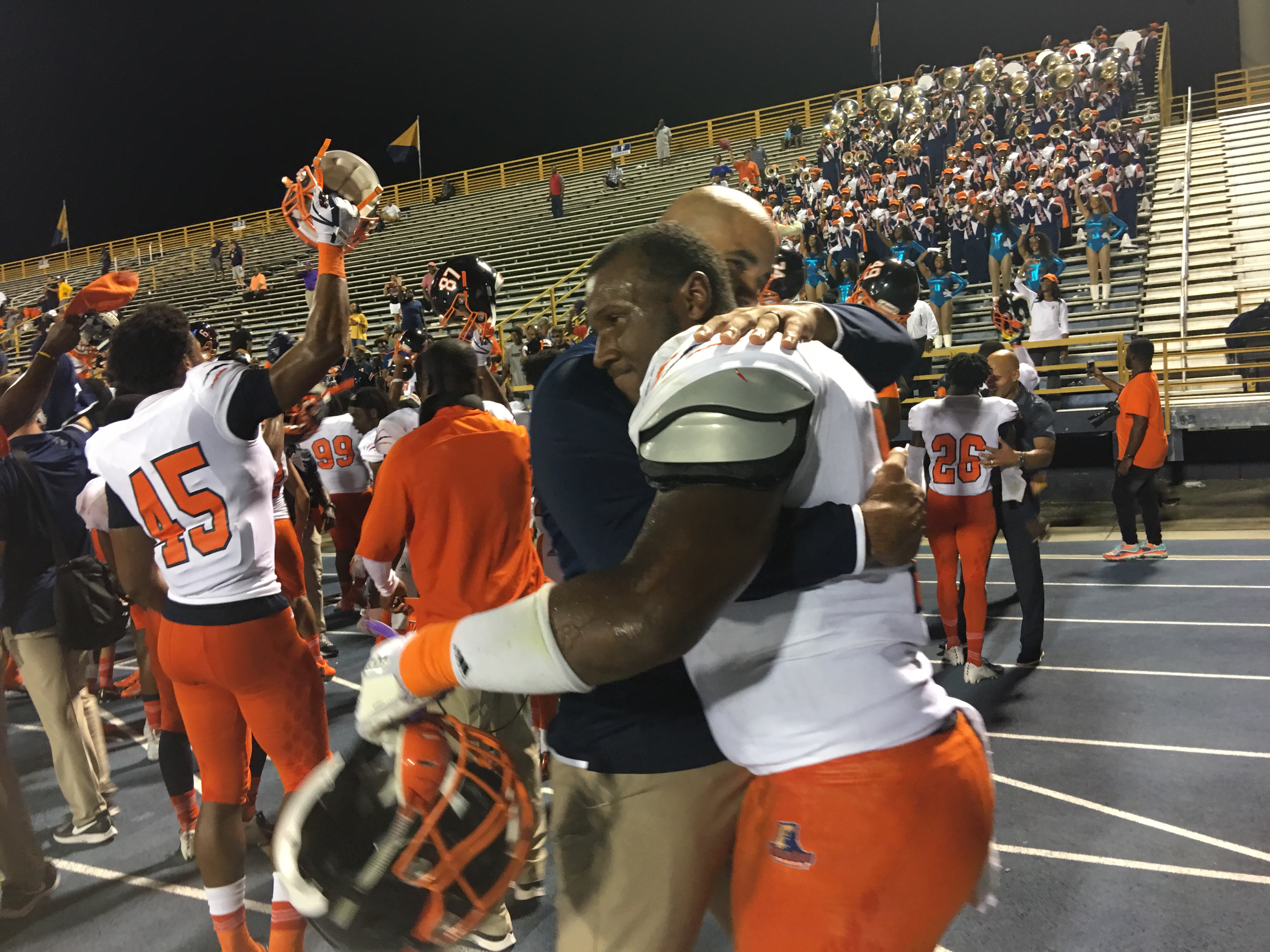 North Carolina A&T’s 15 game winning streak is over, but it won’t count as a conference win for Morgan State. Find out why.

The North Carolina A&T Aggies have been on a roll. Coming into Saturday’s matchup with Morgan State, they won their previous 15 games. Now that the matchup is over; the streak is also over. Morgan State defeated NC A&T, 16-13 on Saturday night at BB&T stadium.

Morgan State with a big win. Won’t count in @MEACSports play, but a huge 16-13 win. pic.twitter.com/3R1rN9dhgi

The Aggies offense was stifled by the MSU defense. Lamar Raynard completed only 4 out of 15 passes, throwing two interceptions in the process. His uncommon play landed him on the bench as backup QB Kylil Carter took the majority of the snaps tonight.

He threw a touchdown but that was the only bright spot for the Aggies passing game. Marquell Cartwright was silenced by the Bear’s defense as well. He had only 54 yards in 12 attempts.

After last week’s offensive explosion, the Bears of MSU had a slow night but it was just good enough to get the upset win. DeAndre Harris threw for 138 yards, more than both of A&T QB’s combined. His rushing TD was the only TD for MSU during the game. Kicker Alex Raya made four kicks tonight, three field goals and an extra point. His 10 points made the impact tonight, especially the last three.

This loss proves that anything can happen when you play conference opponents. And yes, about that. Luckily for A&T, this game isn’t counted as a conference game, it’s a nonconference contest. This is due to Hampton leaving the MEAC. Schools within the MEAC agreed to fill those dates with different MEAC opponents.

North Carolina A&T walks away with a loss, but an unblemished MEAC record. For MSU, this is their biggest win in recent memory. Coach Ernest T. Jones declared that “It’s A New Day” and the results are starting to come together.