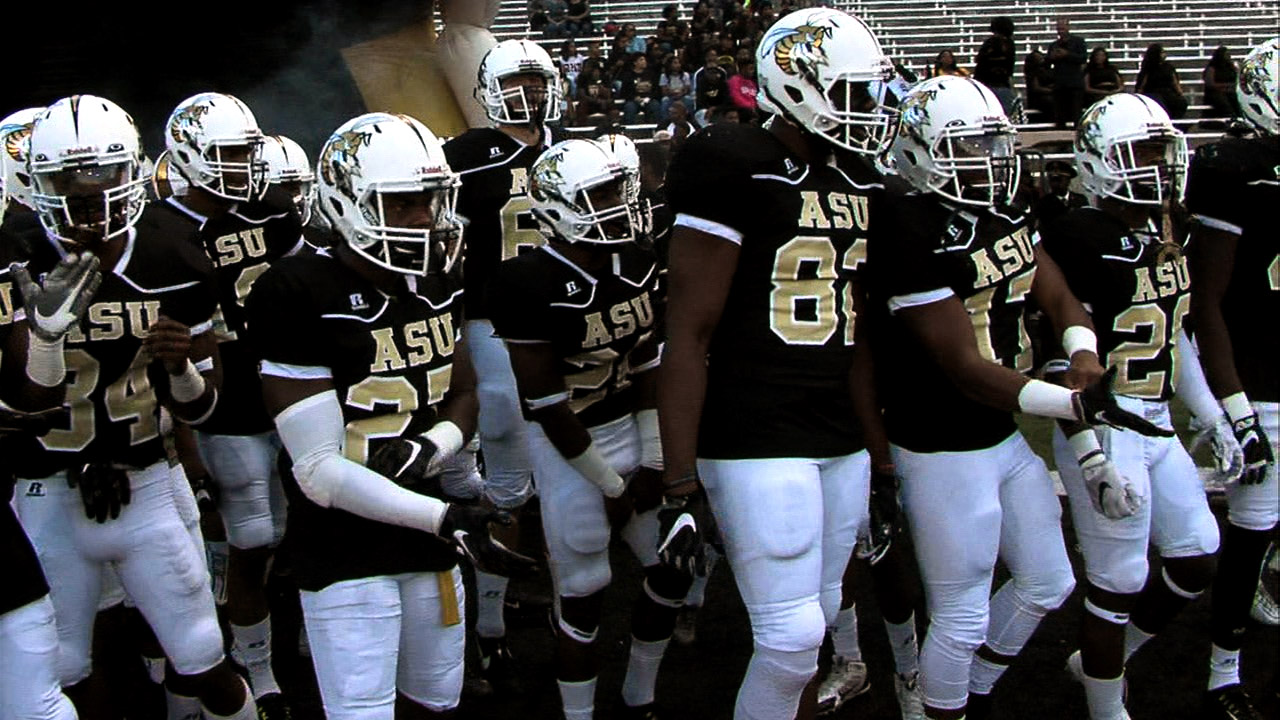 Donald Hill-Eley announces some new and familiar faces to ’19 staff.

“After the season you always have to make assessments of the ” Eley said. “We felt like after making the assessments of where the program was , defensively and on special teams that each of these young men were chosen to come in and get us to where we need to be. They have been brought in to help us be competitive week in and week out, and to give us an opportunity to win a championship.”

Pearson, who joined the Alabama State staff last season, has been promoted to defensive coordinator beginning this month. Last season, the helped the Hornets pass defense finish among the best nationally in passing yards allowed while coaching the safety position. He coached Joshua Hill, who was among the team leaders in tackles and interceptions, and Kurron Ramsey who has been selected to play in a pair of pre-draft games this offseason. Prior to this season, Pearson served as the defensive coordinator at Alabama A&M where his Bulldogs finished atop the Southwestern Athletic Conference (SWAC) in several categories in and had three players chosen all-conference. He spent two seasons as the defensive coordinator, after spending three seasons as the defensive coordinator at South Alabama, where his team ranked with some of the best nationally including 26th in passing yards allowed (2015) and ninth in fumbles recovered (2014).

The new additions include Damon Cogdell, who joins the Hornet staff after spending the last two years as the defensive line coach at South Florida, where helped lead the Bulls to a pair of bowl games. Cogdell will serve as the outside linebackers coach for the Hornets beginning in 2019. He helped lead a South Florida defense that finished at the top of the American Athletic Conference (AAC) in sacks in 2017, while having three players drafted during that same season. Last year, the Bulls played in their second bowl game in two years and Cogdell had a defensive lineman finish as an Academic All-American in the process. Prior to his stop at South Florida, he was the defensive coordinator at Miami Carol City High School for one season after a two-year stop at West Virginia.

Meanwhile, the Hornets will have a new look on the offensive side of the football for the upcoming season with the new additions.

Eley added Sean Anderson, who joins the Hornets staff for the upcoming season coaching the receivers after spending the last five seasons at Mississippi Valley State, most recently as the assistant head coach and special teams coordinator. While with the Delta Devils, Anderson coached several positions including quarterbacks and receivers, helping Mississippi Valley State become the top passing offense in the Southwestern Athletic Conference in 2017. Last season, he coached the second best punt return team in the country, and the 24th-best kickoff return team in the country. He also coached a student-athlete, Booker Chambers, who amassed 1,662 all-purpose yards which was ninth best in the nation and helped him earn All-American honors.

After a five-year hiatus, Richard Moncrief returns to the Alabama State campus to coach the quarterbacks – a position he held from 2007 until 2013. During his first stint with the Hornets, Moncrief was also the offensive coordinator in 2009. Upon leaving the Hornets, Moncrief spent two years at Pace High School before returning to college as the offensive coordinator/quarterback coach at Clark Atlanta for four years. He helped to plan the offensive scheme that helped the team finish as the top offense in the Southern Intercollegiate Athletic Conference (SIAC) in 2016 and 2017. He also coached the 2016 SIAC Newcomer of the Year during his stint with the Panthers. The former Clemson quarterback continues to run the “Richard Moncrief Quarterback Institute” and serves as a host and trainer for the “George Whitfield Quarterback Academy Black Ops” mini camp.

Eley turned to a familiar face from his time at Morgan State to come in as the tight ends coach for the Hornets in Benton Harold. The veteran coach served 19 years at Morgan State in a pair of capacities, including 13 as the special teams coordinator/tight ends coach. He also served six years as the linebackers coach for Morgan State beginning in 1998. During his time at Morgan State, Harold – known as “Sport” – led the Morgan State special teams. While with the Bears, Harold coached return specialist William King who finished 47th in combined kick returns and 10th in the nation in kickoff returns in 2016. The team finished 29th in the country in blocked punts in 2015, while also coaching return specialist Andrew King who finished fourth in the nation in punt returns for touchdowns. In 2013, he coached punter Lawrence Forbes who was a finalist for the Jerry Rice Award, and was named to the 2013ECAC Championship Sub-Division All-Star Team. He also coached tight end Lamont Bryant not turned into an All-MEAC performer, but he also joined the NFL’s Carolina Panthers as a free agent.

The Hornets will announce more changes to the staff next week.