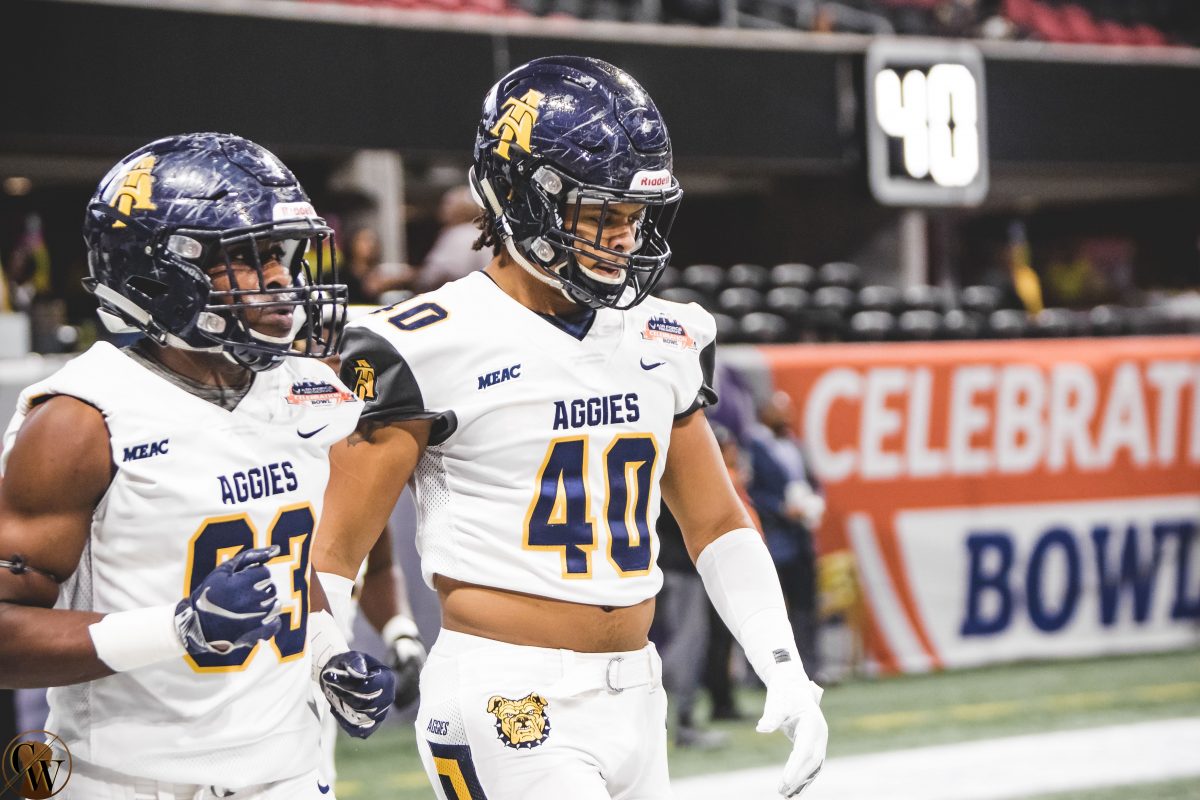 Johnson decides that he’s ready to make the jump.

The top defensive player in the MEAC is leaving school after his junior year to enter the NFL draft. North Carolina A&T defensive end Darryl Johnson, Jr. announced Saturday on his Instagram page his intention to leave school early.

“Going 22-2 the last two years and winning Back to Back National Championships and being apart of three National Championships are great memories. I would like to thank all my professors, coaches, and advisors for all their(sic) support. Most of all I would like to thank my family, for their love and care over the years. As I venture out to my new journey in the NFL I want to acknowledge and pause and say thank you God for the talent and blessings you have given to me,” Johnson wrote in his post.

Johnson led the MEAC in sacks from his defensive end position collecting 10.5 takedowns in 12 games. He also led the league in tackles for a loss with 19 on the year.

A former teammate, Darriel Mack, told us at the Celebration Bowl that Johnson’s opportunity to practice against Brandon Parker, a draft pick of the Oakland Raiders, helped make him a standout player.

“When he came in as a freshman I remember him saying that he cracked heads. We were like “bruh” you don’t even have any MEAC hours. I’m proud of the player he’s become, especially going against Brandon every year, that’s what made him great.

The 2019 NFL draft begins on Thursday April 25 in Nashville, Tennessee.