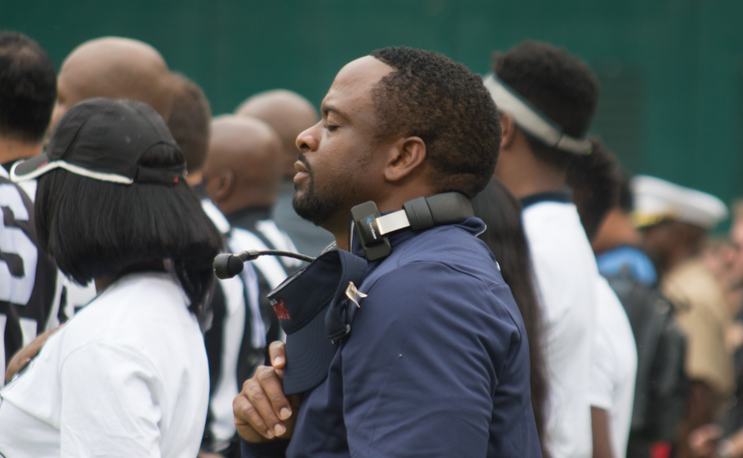 Formerly rivals at Morgan State and Howard, Donald Hill-Ely has brought Gary Harrell in to help him make a SWAC run at Alabama State.

Once upon a time, Gary Harrell and Donald Hill-Ely were rivals in the MEAC. Now they are working together to try to take over the SWAC.

Alabama State’s Hill-Ely announced two new members of his coaching staff, including the former Howard star and coach, on Thursday.

Harrell was hired as a running backs coach after spending the last two seasons. He will work under Joe Blackwell, who was named the program’s new offensive coordinator. This rounds out staff changes Hill-Ely started last week.

Blackwell is a veteran playcaller from the MEAC, having ran the offense at South Carolina State twice. He also served in that role on an interim basis at Norfolk State. SCSU won back-to-back titles under his tutelege in 2008 and 2009.

Hill-Ely and Harrell once met yearly as head coaches at Morgan State and Howard respectively.

He went 20-36 in five years at Howard, leading the team to a second-place finish in 2012. Things regressed after that and by 2016 the team’s record had slipped to 2-9. Harrell’s staff did recruit several of the key players that helped HU beat UNLV and spark some excitement in the MEAC the last few years, such as Caylin Newton and Jaquez Ezzard.