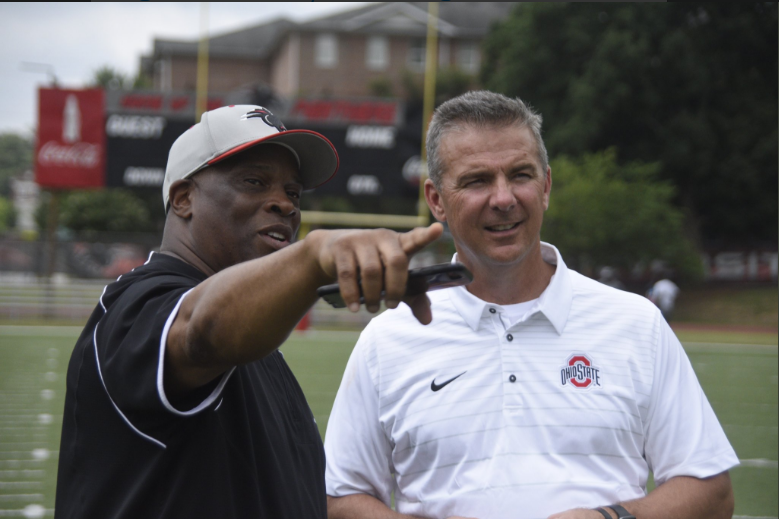 Can our schools leverage the residual exposure?

HBCUs who are located in hot recruiting beds are hoping to reap the residual effects of these new-found dancing partners. Meyer might very well be a huge CAU fan but make no mistake about it, he’s a bigger fan of the top recruits in Georgia.

When the NCAA cracked down on the “Jim Harbaugh Crusade” a couple of years ago, FBS coaches had to change the game plan. Now instead of hosting their own camps away from home, coaches make select appearances at other camps. Schools like Bowie State and Howard are prime locations thanks to the DMV. Clark Atlanta obviously benefits from being in Atlanta and the other surrounding areas of Georgia.

On Sunday I went to the Damon Wilson DMV Elite Football camp at Bowie State University. I had a good time, ran a fast 40 in 4.28 and received an invitation to University of Michigan Prospect camp for next week. pic.twitter.com/8BB8DEehmK

It’s a no-brainer on both sides. FBS coaches have to maximize their recruiting efforts within the rules. The margin of winning and losing at that level is razor thin.  It most certainly always come back to how well you recruit. For FCS and DII schools, having household name coaches on your campus brings media exposure and social media buzz.  Urban Meyer is tweeting about CAU because he’ll be there. How many other times during the year will Clark Atlanta appear on his timeline?

Appearance and perception mean everything in 2018. The general public might not understand the inner workings of college football and the NCAA.  They just look up and see an HBCU exhibiting the “eighth law of power.” Make other people come to you.

Ultimately HBCUs will get face time with recruits who might not have otherwise visited their facilities. Harbaugh and Meyer can’t sign all of them and who knows who might fall through the cracks.

It’ll be a fun day in Atlanta and the DMV for sure. However, when summer turns into fall let’s hope our HBCUs can translate this buzz into their own momentum.