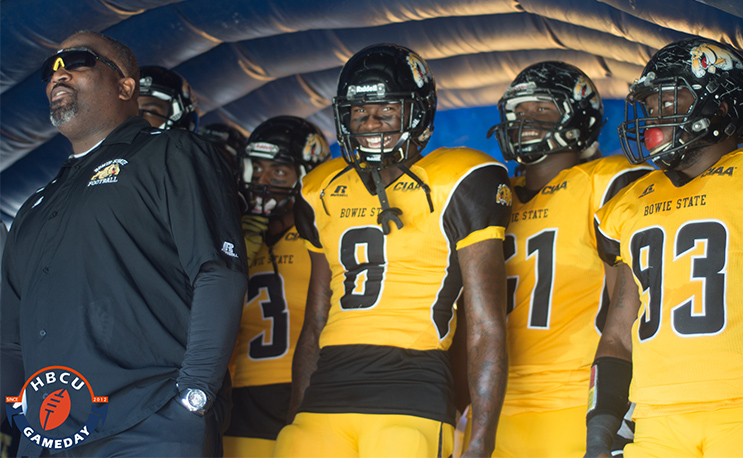 Looks like Jim Harbaugh is going on an HBCU mini tour this year.

It looks like FCS HBCU teams aren’t the only ones teaming up with college football’s big boys for summer camps.

The CIAA’s Bowie State and the SIAC’s Clark Atlanta will join with Michigan’s Jim Harbaugh and Virginia Tech for football camps in early June.

Bowie State’s Damon Wilson will be joined by Michigan head coach Harbaugh for its Exposure Camp on June 3. The camp is open to high school students as well as JUCO and post-grad players and will run from 3 p.m. to 6 p.m.

CAU will team up with the ACC’s VT for a one-day minicamp on June 6. The camp is open to high school sophomores to seniors.

Earlier this month Tennessee State announced Harbaugh would join coach Rod Reed for a camp on its campus, as well as the University of Tennessee at a later date. Texas Southern’s Michael Haywood will conduct his round-up camp in conjunction with Ohio State and Arizona on June 6.