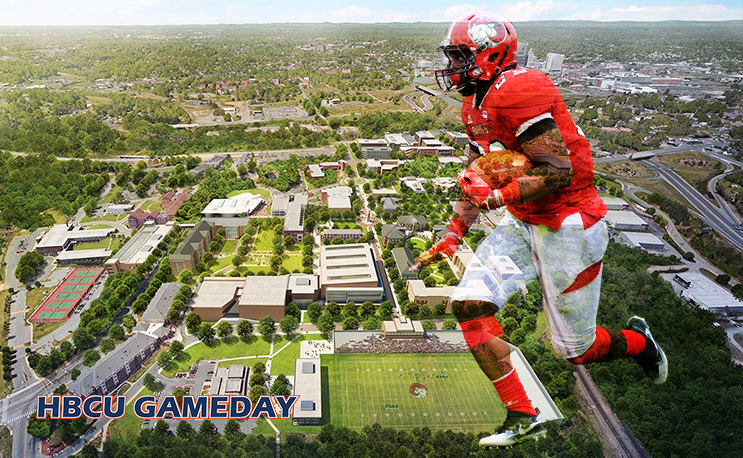 That is the number of seats allocated for in a new proposed stadium for Winston-Salem State University in the school’s newly revealed “Master Plan.” The plan was approved by WSSU’s Board of Trustees on Friday, one that would cost a total of $556 million in funds that would have to be distributed over the course of the $20 million plan.

The proposed new stadium would cost $20 million, with an additional $7.8 million needed for a football locker room and administrative facilities. The plan also calls for a $55 million convocation center and weight room.

The current home of WSSU football is Bowman Gray Stadium, which sits just off the campus and is owned by the city of Winston-Salem. The school has been in talks with the city to buy the stadium since 2013, but those talks have been stalled thanks to politics on the part of some in the North Carolina General Assembly.

In the short term, WSSU is committed to working with the city on the purchase. WSSU also has lease agreements in place that will continue,” the University said in a statement put out to explain the Master Plan on the school’s website. “For the long-term vision, WSSU asked designers to envision having the athletics facilities near our students in the campus core, a guiding vision of the new master plan. We also wanted them to consider the feasibility of building a stadium on WSSU property.”

Many if not most alumni and supporters of WSSU have longed for the school to have its own football stadium, especially in the last decade as the football team reached national prominence. From 2011 to 2016 WSSU made four NCAA Division II playoff appearances. That said, the size of the stadium seems either backward or problematic (possibly both) but definitely too small.

All you need to do is look at the average attendance since 2010 to find out why that is. The parenthesis indicate national (Division II rank)

You don’t have to be a mathematician to understand that a stadium as small as the proposed one would create a nightmare come homecoming. Outside of 2016’s homecoming festivities (which took place just after a major hurricane hit the eastern part of the state) you would be cutting attendance at least in half and if demand was high enough, closer to 60 percent. And you don’t have to be an economist to understand that the bottom line would suffer as a result as that number would have to factor in 4,500 or so total undergraduate students who get in without paying. So when it comes time for the big game, what do you do? Tell students they will have to pay extra because you need alumni dollars? De-incentivize alumni from attending and bringing their children?

Neither one of those sounds like a winner on the MLK that I know.

Simply put the new plan doesn’t make sense if the school plans on growing or even maintaining enrollment in the next 20 years. A new stadium would be great, and it doesn’t have to fit as many as Bowman Gray. 15,000 would be ideal. 12,000 would be solid. 10,000 would be grudgingly acceptable. 6,000 sounds like a big horse-shoe step in the wrong direction.