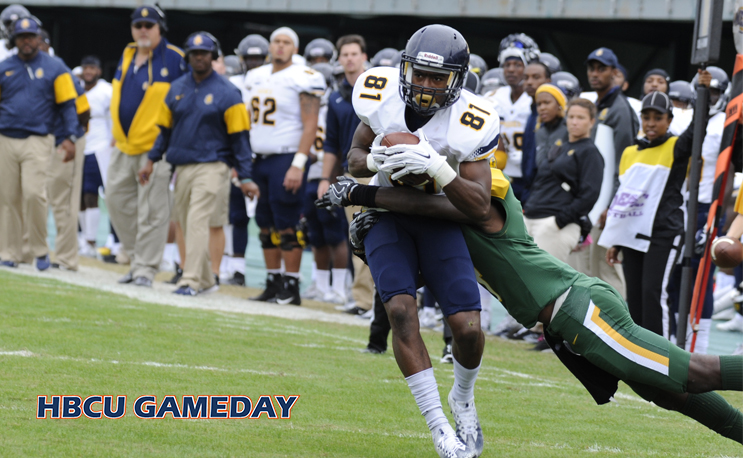 College athletes competing in Division I football can participate in up to four games in a season without using a season of competition, the Division I Council decided this week at its meeting in Indianapolis.

Division, I student-athletes have five years to compete in up to four seasons of competition. The new exception allows football players to preserve a season of competition if, for example, injuries or other factors result in them competing in a small number of games.

The rule would effect the MEAC and SWAC as well as Tennessee State.

“This change promotes not only fairness for college athletes, but also their health and well-being. Redshirt football student-athletes are more likely to remain engaged with the team, and starters will be less likely to feel pressure to play through injuries,” James said. “Coaches will appreciate the additional flexibility and ability to give younger players an opportunity to participate in limited competition.”

The proposal was tabled in April over questions about timing, the number of games and potential application to other sports. To mitigate one concern, the Council adopted noncontroversial legislation to specify that midyear enrollees who participate in postseason football competition that occurs before or during the student-athlete’s first term at a school cannot use the exception.

Several representatives of different governance groups reiterated concerns that caused the proposal to be tabled in April. The Division I Student-Athlete Experience Committee will examine how a similar concept could be applied to other sports, including what number of games would be appropriate. In its review, the committee will consult with the Division I Student-Athlete Advisory Committee.

Both the Football Bowl Subdivision and Football Championship Subdivision representatives on the Council adopted both rules. They are effective for the 2018-19 football season.