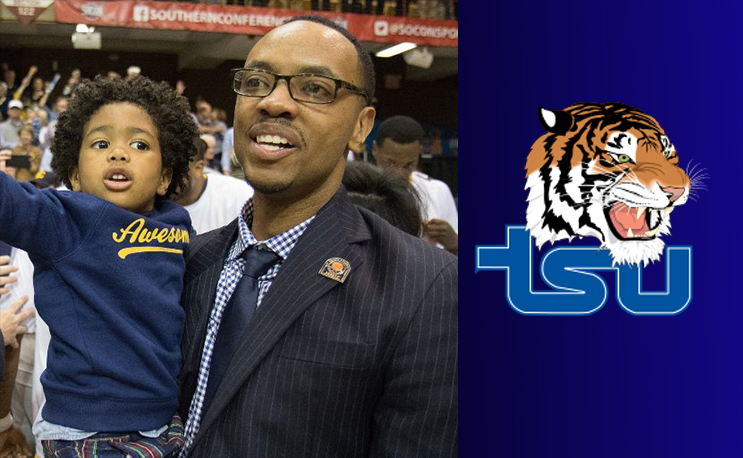 Tennessee State has brought in a familiar face for its basketball program following the departure of Dana Ford as head basketball coach.

Brian “Penny” Collins” will be the next TSU basketball coach, the school announced on Monday morning. The 34-year-old got his coaching start at TSU as a graduate assistant under Cy Alexander in 2007.

“It means the world to me to be the Head Coach at TSU,” Collins said. “Once I decided to get into the business, my eyes were always set on this job. To have the opportunity to not only unite an institution, but also a city where I grew up in, is priceless. This is truly a dream come true that I will not take for granted.”

The Nashville native played his college ball at Belmont before coming over to TSU where he would eventually serve as Director of Basketball Operations.

“We welcome Coach Brian Collins to take the helm, and take us to the next level,” Dr. Glenda Glover said. “Coach Collins returns to make his mark on the program, bringing experience and hometown knowledge, all of which will help with recruiting local talent and getting TSU to post season play. This is great day for TSU Athletics and the TSU family, and our fans deserve it.”
<h2> TSU goes with youth again </h2>

Collins takes the reins of the program from Ford who left last week to take over at Missouri State. Ford went 57-65 in four years at TSU, but the program showed marked improvement under Division I’s head coach over the past three seasons. TSU went 52-39 during that span, highlighted by a 20-11 campaign in the 2015-16 season. Ford went on to win the Ohio Valley Coach of The Year Award that season as well as the Ben Jobe Award and several other honors.

As for Collins, he’s become accustomed to making extended tournament runs. His teams have played in their conference championship games for the past five years, including stints as an assistant at Illinois State and East Tennessee State as well as his time as a JUCO head coach at Columbia State, whom he led to back-to-back appearances in the national tournaments.

TSU’s decision to go with a millenial coach who came up in the JUCO ranks is similar to what Bethune-Cookman did last season with Ryan Ridder. All Ridder did in his first season was help BCU win a share of the MEAC regular season crown. TSU can only hope things work out that well in Nashville next year.