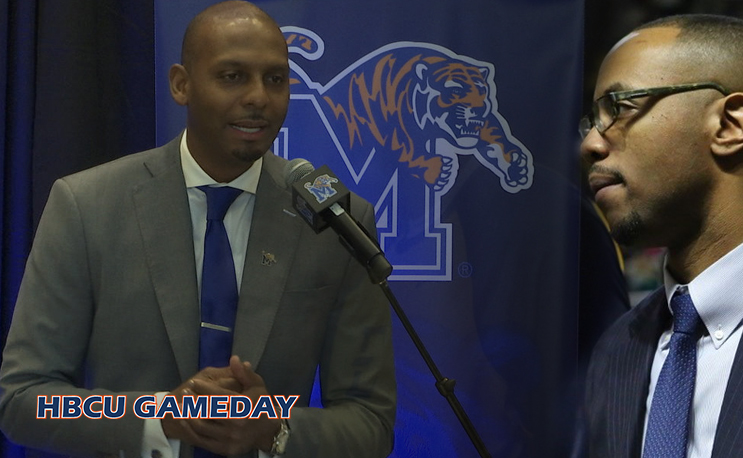 Like many kids (including the author) in the mid-1990s, Brian Collins was a big fan of Anfernee “Penny” Hardway. At the time, the former Memphis Star was an all-everything guard for the Orlando Magic in the NBA.

Collins wore his no. 1 jersey around Nashville so much that he was given the same nickname as his hero to help distinguish between himself and another Brian.

“Everybody said ‘that’s Penny…that’s Brian. Almost like a joke, like I was little Penny the doll,” Collins said at his introductory press conference.

The name stuck through his AAU days, followed him to Belmont and has remained as he’s worked his way up the ranks to becoming the head coach at Tennessee State at the ripe, old age of 34.

His hiring at TSU comes less than a week after Dana Ford left for Missouri State and a week after Memphis hired…you guessed it–Penny Hardaway.

Two decades after earning the nickname of his favorite player, Collins is hoping to get a chance to matchup with him as a coach. He told the media he received a congratulatory text message from Hardaway after being hired at TSU.

“I’m serious about that,” he said. “I think that would be a great series for us…a great game for us. Penny’s gonna have that team as one of the top five teams in the country when he gets it rolling.

TSU is currently 0-8 against Memphis all-time, with the last matchup coming during the 2010-11 season. Before that, the teams had not met since the 1989-90 season.

“I’m from Memphis, he’s from Memphis. We’ve both got the same nickname. We’re close enough, and it would be a great game. So we’re gonna try to do that.

Hardaway has already revealed that Memphis will play Tennessee next season. The game would mean a nice pay day for TSU and could be seen as an outreach for Memphis. Plus it would give the other Lil’ Penny a chance to finally matchup with his childhood idol.