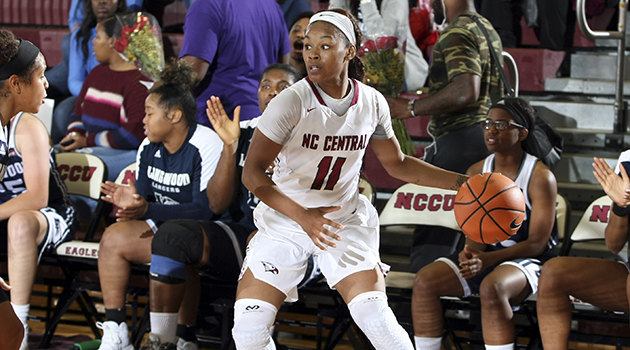 North Carolina Central’s women’s basketball squad had its best season in quite some time, but apparently, that wasn’t enough for most of the squad to return.

A total of nine players have been cut from the team by coach Trish Stafford-Odoms, many of them on scholarship and soon to graduate according to a report by ABC11.com.

“Yes you’re there for basketball but you’re also there to graduate,” Sami Oliver-Alexander, a junior from California, said. “So to cut people that are about to graduate literally on the cusp of graduating is … why? At that point you’re messing with people’s futures.”

Division I scholarships can be offered for multiple years, or can be one-year agreements. Coaches have control of scholarship amounts and renewal, but players must be notified by July 1st to give players a chance to appeal.

Stafford-Odom inherited many of the players when she was hired last spring. The team went 9-21, its best record since 2013-14, but bowed out in the first round of the MEAC Tournament. The players’ scholarships were reportedly removed the day after that loss.
According to the report some players have decided to appeal the decision while others like Alyssa Thompson will simply look elsewhere.

“NCCU isn’t the only school with a good nursing program,” Thompson said, “so I’m definitely going to transfer, still get my school paid for – Coach didn’t ruin my future.”