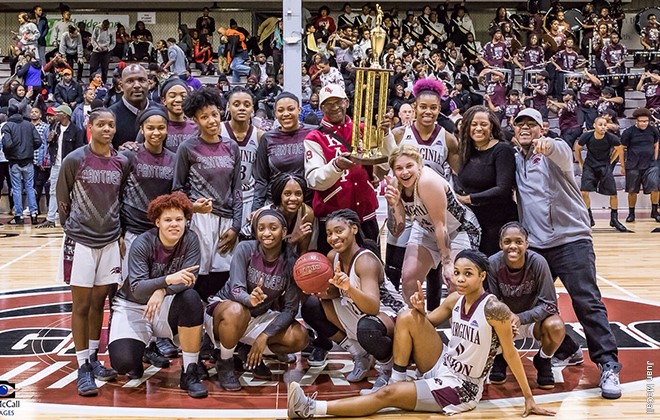 VUU’s Jayda Luckie returned to form as she poured in 18 points in 29 minutes of play.

The Lady Panthers fought their way back from a 19-11 first quarter deficit to pull within 44-40 at halftime.

After the break, VUU went on an 8-0 run to begin the third quarter and then held VSU to just eight points in the fourth quarter to take the win.

The win was the 15th straight for the Lady Panthers, tying the second-longest win streak in school history.  Last year’s squad won a school-record 18 straight games.

Virginia Union is now 15-1 on the season and leads the Northern Division of the CIAA with a 7-0 conference record.  VUU is the only remaining unbeaten team in CIAA play.

VUU now plays the University of the District of Columbia at 4:00 p.m. on Monday, January 15, in Barco-Stevens Hall in Richmond, Va.