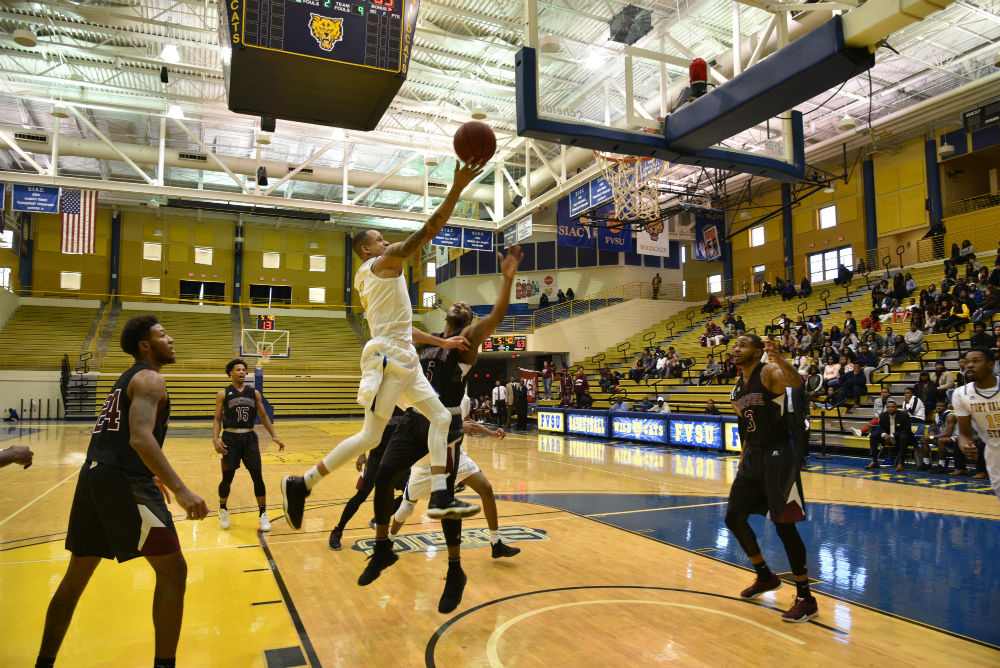 FORT VALLEY, GA–The unbeaten streak for Morehouse (14-0) was in serious trouble on Saturday afternoon at Fort Valley State University.  The Wildcats had two shots at a tie or victory but came up short in a 72-70 victory for Morehouse. The victory gave Morehouse 14 straight wins on the season, tying its school record.

The conference game was an electrifying one. Morehouse sustained the lead throughout the first half. Fort Valley State (9-10) seemed to come to life after halftime, forcing eight lead changes with the point differential never surpassing six.

Is this the day that the @MaroonTigers go down? pic.twitter.com/o7RcHKM8Wg

The Wildcats led by six with 10:35 to go after a slashing move by Jaylon McMillan.  Then it was Tyrius Walker time, he scored 16 of his game-high 36 points in the final ten minutes of the game to help Morehouse keep pace with a surging Fort Valley squad.

It all comes down to this

It was still anyone’s game with under a minute left in regulation despite the offensive onslaught from Walker. The play of the game was an offensive foul called on McMillan with seven seconds remaining. He was ruled to have pushed his man off on an entry pass to the post with FVSU trailing 71-70. HBCU Gameday captured the play on Twitter.

So @FVSUATHLETICS had two cracks at beating the @MaroonTigers This offensive foul was huge! Morehouse wins 72-70. pic.twitter.com/xIsbKfp6wn

Martravious Little hit one of two free throws on the ensuing possession and a desperation three at the buzzer missed the mark for the Wildcats.

Morehouse has the opportunity to break its school record with a road win against Albany State on Monday night.