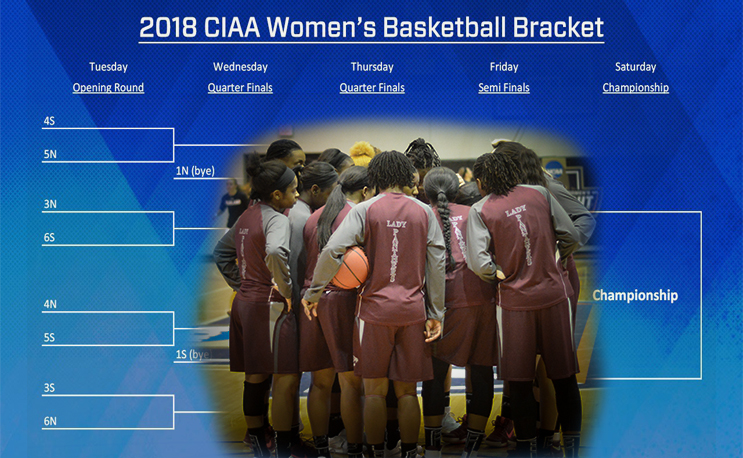 We take a look at VUU’s impressive season, and how that translates into the upcoming tournament.

The CIAA Basketball Tournament is set to commence soon, two weeks from Tuesday to be exact. Twelve schools within the conference will be facing off in Charlotte, North Carolina from Tuesday, February 27 until Saturday, March 3 to compete for the title of CIAA champ. While the beauty of the tournament lies within the open opportunity for anyone to take home the championship, it is apparent that in women’s hoops, there is a force to be reckoned with atop the conference.

Sitting on top of the world

The Virginia Union women have an impressive record thus far at 22-2 overall, 12-1 CIAA and 6-1 in the Northern Division. The team closest in proximity is Virginia State with an overall record of 20-3, but the Lady Trojan’s 4-3 divisional record puts them in third place under Chowan, who is 18-5, but 5-2 in divisional play. Chowan is also the only conference team to defeat VUU this season.

What does this mean for tournament play?

With slight changes in tournament brackets by the CIAA, Thursday has been introduced into the women’s schedule for play and has shifted who plays who and when, which can be a blessing or a curse depending on where you are seeded. Teams seeded three through six within their division will begin play Tuesday, number one seeds have a first round bye and begin competing Wednesday, while number two seeds will rest until the quarterfinals on Thursday.

Let’s imagine the tourney started now and all current standings are intact with the bracket. With the Lady Panthers having the number one seed in the Northern division, they would have an opening round bye. Their competition play would begin Wednesday in the quarterfinal round against the winner of St. Augustine’s and Bowie State. Thursday is another off day, and competition resumes Friday in the semifinals, facing the winner of WSSU against whomever advances from the Tuesday matchup of Virginia State and Livingstone. From there is onward to the Championship Saturday, contingent upon victories in each game mentioned.

Based on current standings and bracket layout, I foresee VUU easily making it to this hypothetical championship game. Dominance throughout the season makes it easy to be confident in the Lady Panthers’ tournament play and production. With that being said, it’s important to point out the prediction being them making it to the championship, not necessarily winning it; I also see the Lady Hawks of Chowan meeting VUU in the Spectrum Center on Saturday, and winning it.

VUU should have an impeccable tournament performance but will meet its match at the finish line with Chowan if both survive. Thus far, the Lady Hawks appear to be the only matchup that can control the powerhouse of the Lady Panthers. To be the only team within the CIAA to defeat VUU is no small deal. The separation of the top two Northern division seeds throughout the schedule makes it easy to predict an elongated tournament life for both teams, ultimately meeting at the end and battling for the crown.

The Lady Panthers hold a strong presence in the CIAA once again. Last season they went 28-5 overall, the season before that, 28-3. VUU beat Shaw for the championship during the 2016-2017 season, but fell to JCSU in the semifinals last year. Split the hairs as you may on how they will perform down the stretch of the tournament, but the fact remains that VUU has been, and continues to be a dominant force in CIAA women’s basketball. If the pattern continues, we will surely be seeing a third championship appearance.

Make sure to stay up-to-date with CIAA scores, rankings and tournament updates by following us on Twitter.