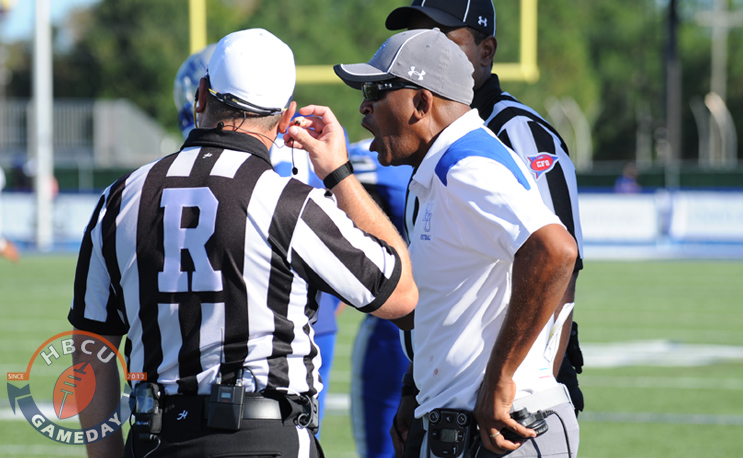 It looks like Hampton will be changing more than conferences.

Connell Maynor will not return to Hampton as its head football coach, sources tell HBCU Gameday. Hampton went 6-5 this season, losing three MEAC games in a row after a 4-0 start before losing three of its last four. HBCU Gameday has reached out to Hampton officials and is awaiting a response.

Multiple sources have it that Connell Maynor won’t be back at Hampton. Still awaiting confirmation.

Follow @HBCUGameday for updates on all the coaching moves.

Maynor compiled a 20-25 record in his four seasons at Hampton, never finishing better than third place in the MEAC. A former North Carolina A&T quarterback, he was unable to beat his alma mater or North Carolina Central while at Hampton.

It was a stark contrast to his time at Winston-Salem State, which he led to a 46-5 record in four seasons, including an appearance in the 2012 Division II national championship game. He was hired by Hampton in 2013 after leading WSSU to a playoff win for the third consecutive year.

After three years of middle-of-the-road play, 2017 was thought to be a make or break year for Maynor at Hampton. He made sweeping changes to his coaching staff prior to the season, but those changes were apparently not enough to keep him there.

Maynor’s removal comes days after Hampton announced that it will be leaving the MEAC and joining the Big South Conference. That move was also first reported by HBCU Gameday.