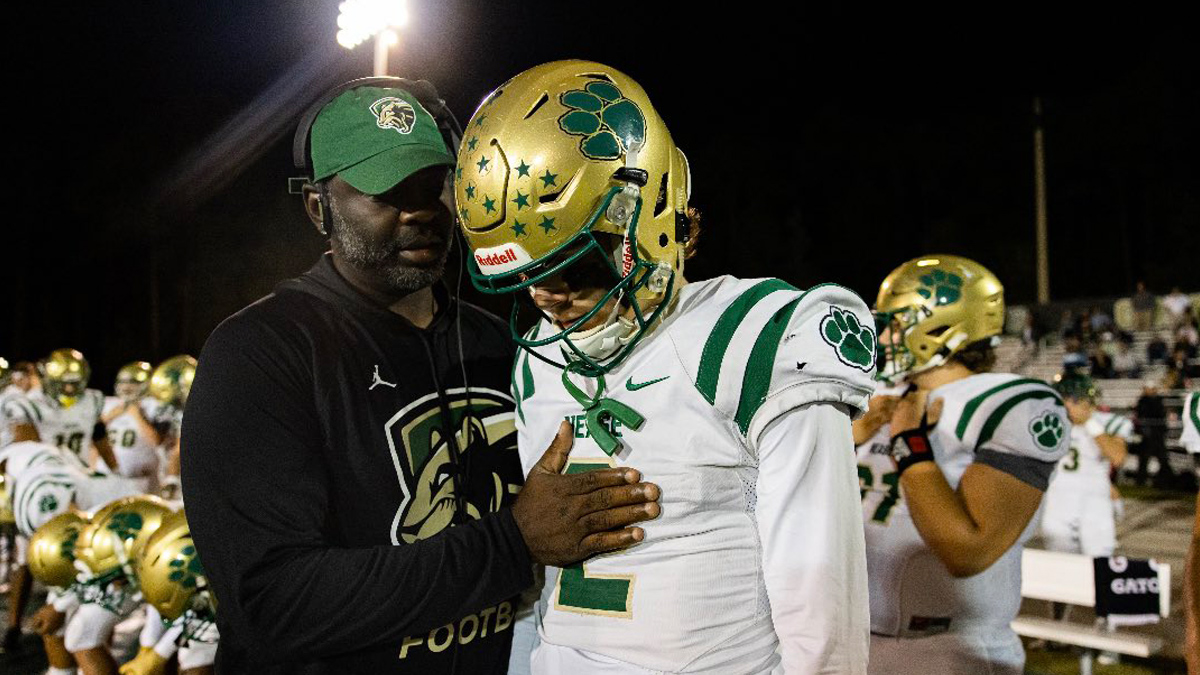 Marcus Stokes is a four-star prospect who was headed to the SEC until a video of him rapping the N-word surfaced online. Now he has an HBCU offer.

Marcus Stokes, once committed to the University of Florida, now has an offer from Albany State — a Division II HBCU.

Though it is unusual for four-star prospects at the quarterback position to get an offer from a Division II school, the true twist to this story is why Stokes is entertaining offers in the first place.

Marcus Stokes posted a video in November of him rapping the N-word in lyrics to a rap song. Stokes later apologized for the video “hurtful and offensive to many people.” Florida, however, still rescinded his scholarship offer. Other schools — primarily of the Power Five variety — halted their recruitment as well.

Albany State came into the mix recently, with Stokes tweeting that he was “Blessed to receive my first HBCU offer to play at Albany State University!”

Gray was hired in December and introduced earlier this week. A former record-setting quarterback himself, Gray spent last season as an offensive analyst at the University of Memphis. Memphis was one of dozens of schools that offered Marcus Stokes prior to his commitment to Florida.

Albany State isn’t the only D2 school eyeing the talented passer, however. Stokes also reported an offer from West Florida.