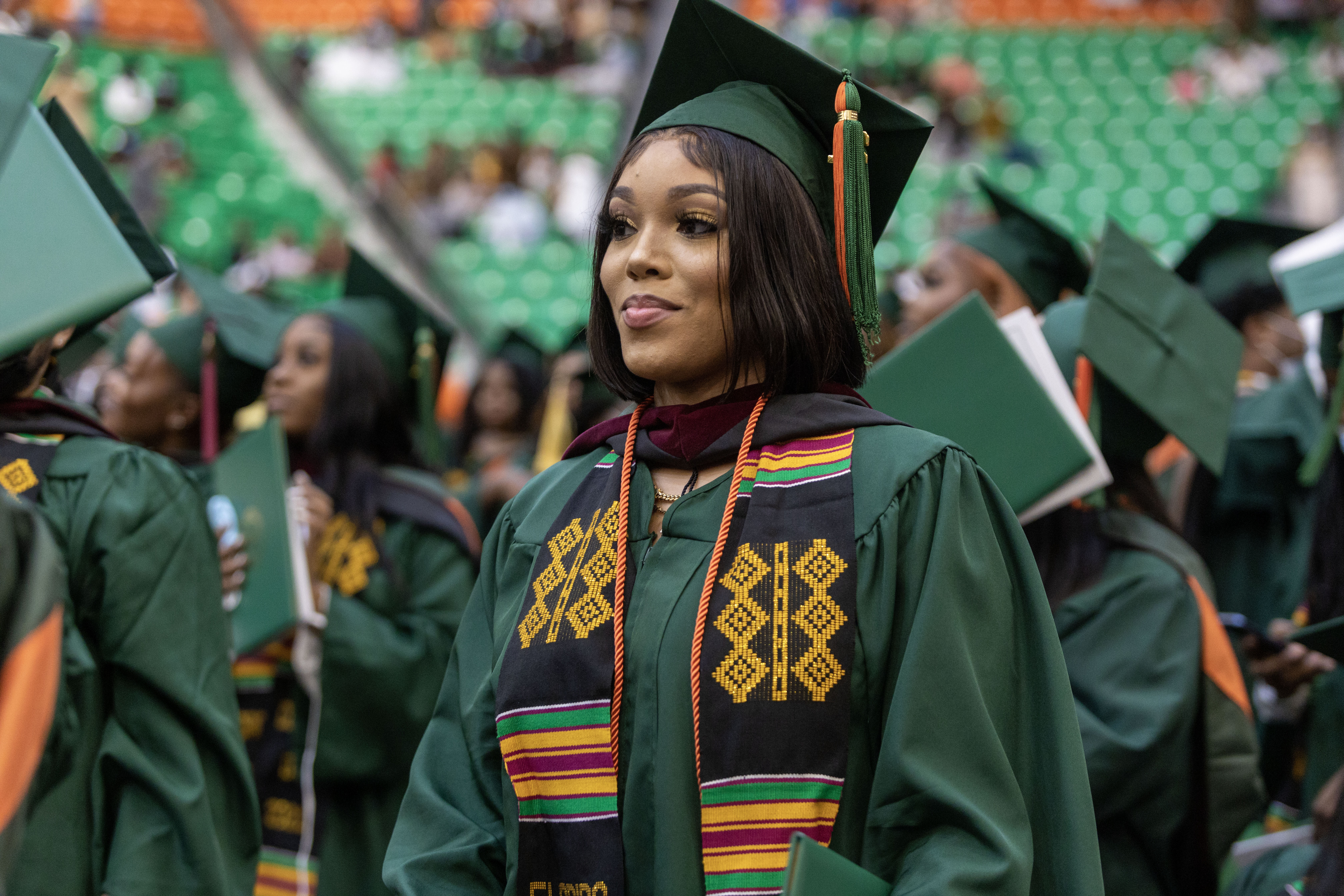 When Tiffani-Dawn Sykes was hired by Florida A&M University it was a perfect fit for the university and the department of athletics.  Her resume is inundated with a career of experience in NCAA compliance.  Bringing her aboard as Vice President and Director of Athletics for FAMU was historic with her being the first woman to serve as head of the department of athletics, but more importantly, her skill set was what was sorely needed at the school.

The embarrassing and much-publicized debacle FAMU found itself in at the beginning of the 2022 football season was an unfathomable failure to maintain a competent staff.  The blunder nearly canceled a game with the University of North Carolina and sabotaged the much-anticipated game against the Jackson State Tigers.  The ramifications were a tarnish to the Florida A&M University brand.

Florida A&M President Dr. Larry Robinson owned up to the shortfall and committed to the Rattler nation that he would in fact form a committee to devise a robust solution to the problem and ensure that FAMU Athletics would never be in that position again.  He committed to hiring the staff and getting FAMU Athletics’ academic and compliance house in order.

Robinson has delivered on that promise in a big way.  Sykes was the guest speaker at the 220 Quarterback Club on Jan. 18 and she delivered the news everyone wanted to hear.  “The president has expanded the compliance staff.  We now have seven positions in compliance, six of them are filled.  As far as I know that might be the largest staff in the Division I.  So now it’s up to me as athletics director to make sure these people get the necessary education to provide accurate information and quality service to our student-athletes.  We also have five academic advisors.  We went from one person in academic advising to five,” she said.

Kofi Hemmingway, a FAMU alum and sports commentator on O&G Strike Zone, was excited to hear the news.  He was among those very critical of FAMU for finding themselves in the conundrum that emerged in August.

“I think that it’s absolutely phenomenal that they’ve actually committed to building that department up to make sure our athletes are properly served,” he said. “It not only serves the student-athletes, but the coaches and the Rattler nation at large as we care about the total athletic program. I feel secure in knowing that VP Sykes is very experienced and comes with a strong compliance background.  I feel there will be strong accountability in that area.”

The initiative to form the revamped academics and compliance was devised by a committee Robinson convened on the issue.  While Sykes was announced as the new VP/Athletics Director in October of 2022, her employer at the time, Dartmouth College, remained her priority until she could properly turn over her vast assignments.  That meant she would not officially begin at FAMU until Jan. 4 of 2023.  Robinson and staff went about the business of bolstering the staff and allowed her to have input into the personnel that would eventually be hired to man the athletics compliance and academics departments.

Along the way, FAMU received a clean audit from the NCAA in October.  The NCAA Division 1 Academic Performance Program (APP) commended the university for its “diligence and cooperation during the APP Data Review Process by the NCAA Division I Committee on Academics Subcommittee .”

“This NCAA report indicates the quality of the people working to address the issues in Athletics,” Robinson said. “It shows that we are well on our way to turning things around in terms of complying with NCAA requirements.”

The Florida A&M response team included staff from the Registrar’s Office, the Office of Compliance and Ethics and the Athletics Department.

Rica Calhoun, chief Compliance and Ethics Officer, said it was a team effort that the University is proud of and plans to continue.

“It’s a testament to how far we have come and the work of the Athletics compliance team,” she said. “This is consistent with our mission to build a culture of compliance at FAMU.”

A big factor in the Jan. 20 announcement of FAMU’s new academics and compliance staff is the new structure.  Previously, the academics and compliance staff were direct employees of the department of athletics.  That meant that it was the athletic director’s discretion as to how many would be employed and how their reporting structure worked.  With the new organizational structure, the staff is hired by and work for the university, bringing stability to the maintenance of a competent staff.

“I am impressed with the quality and experience of the new staff additions to our Compliance team. This will go a long way toward ensuring that our student-athletes get the service and support they need to succeed on and off the playing field,”  Robinson said.

In making the announcement, Calhoun said she is  thrilled to support the Athletics Compliance team.

“These professionals have a wide range of experience and capabilities to maintain an effective Athletics Compliance Office dedicated to integrity and institutional control,” Calhoun said. “With the expanded team, we look forward to a bright future focused on enhanced compliance education, monitoring, enforcement, and overall support for the Athletics Department.”

The FAMU Department of Communications contributed to this story