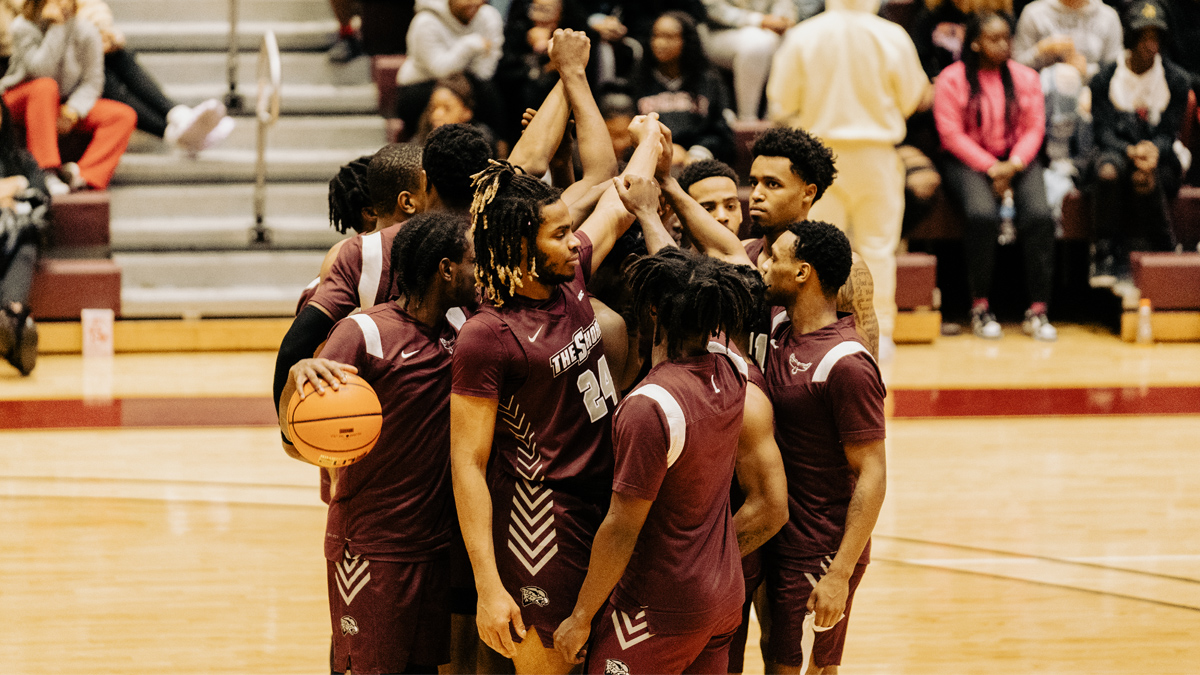 Maryland Eastern Shore has quietly built a culture on defense, toughness and togetherness that is shaking up the status quo in the MEAC.

DURHAM, NC — It wasn’t lost on Jason Crafton’s Maryland Eastern Shore team that they were playing in one of the toughest arenas in the MEAC on Monday night. They’ve been there and done that.

“We played against Duke,” Crafton said with a smile after his team’s comeback win over NC Central on Monday night. “We played eight money games this year. We’re an HBCU. We’ve been at Duke, we’ve been at Virginia, we won at Temple. We’ve been at Liberty, we’ve been at USC. Charlotte’s having a great season this year, so we played a lot of teams that are going to play in the NCAA Tournament and we’ve been in tough environments. These guys aren’t afraid of anybody.”

NCCU held a 16-point lead at one point in the second half at home in McDougald-McLendon Arena where they had won ten consecutive games. Ironically, the last team to beat NCCU at home was — Maryland Eastern Shore.

“I got guys who are seniors that were here playing against Baylor, played against Oklahoma,” Crafton said. “So we’re never going to back down. I think the culture showed to close that game out. That’s culture right there and that’s what we’re building. You don’t win that game off just making shots because we didn’t make threes tonight. We won that game just off of culture —  grit — and staying true to our way to close the game out. We never gave in.”

The 59-51 win over NC Central gave Eastern Shore an 11-8 record — tying the win total from the 2021-22 season. More importantly, it put MDES in a three-way tie for first place in the MEAC along with Howard and Morgan State.

That’s no small feat for a program that was one of the handful of Division I programs that didn’t play during the 2020-2021 season and won just 45 games in the five seasons prior to that. A deeper look at MDES history reveals that the school has just one MEAC tournament title since helping form the league back in 1970.

Maryland Eastern Shore opened some eyes in non-conference, knocking off Temple and Columbia in December. It is currently off to its best start in over a quarterer century.

MDES leads with defense, as they are holding opponents to 64.8 points per game in MEAC play — second behind NC Central.

“We’re in a tough league, so all the teams in our league play a tough brand of basketball,” Crafton said. “We were fortunate to be a team that played a little bit tougher, that when it mattered down the stretch. It’s nothing special. It’s just holding kids accountable, trying to bring in the right kids. And when the right kids sometimes do the wrong things, hold them accountable. Then sometimes it’s not coming from the coach, sometimes it’s coming from the players.”

The Hawks came into the season predicted to finish sixth in the eight-team league. They are undersized even by MEAC standards, with 6’8 freshman Victor Naboya as the tallest member of the squad. What they lack in height they make up for in toughness and togetherness. The team can be seen locking arms as they stand on the sideline during timeouts, and that’s by design.

“When we’re locking arms, that’s just not the brotherhood right there,” Crafton said. “These guys love each other. We have our ups and our downs. We’re a team, and that happens. And we’ve had moments in that game. But those guys found a way to stay together. So locking arms, that’s what we do regardless of the situation. Up, down, whatever, that’s just the standard and that’s our culture. And our culture won tonight against a team that’s got a lot of culture.”

MDES is set to take on Coppin State and Morgan State this weekend.