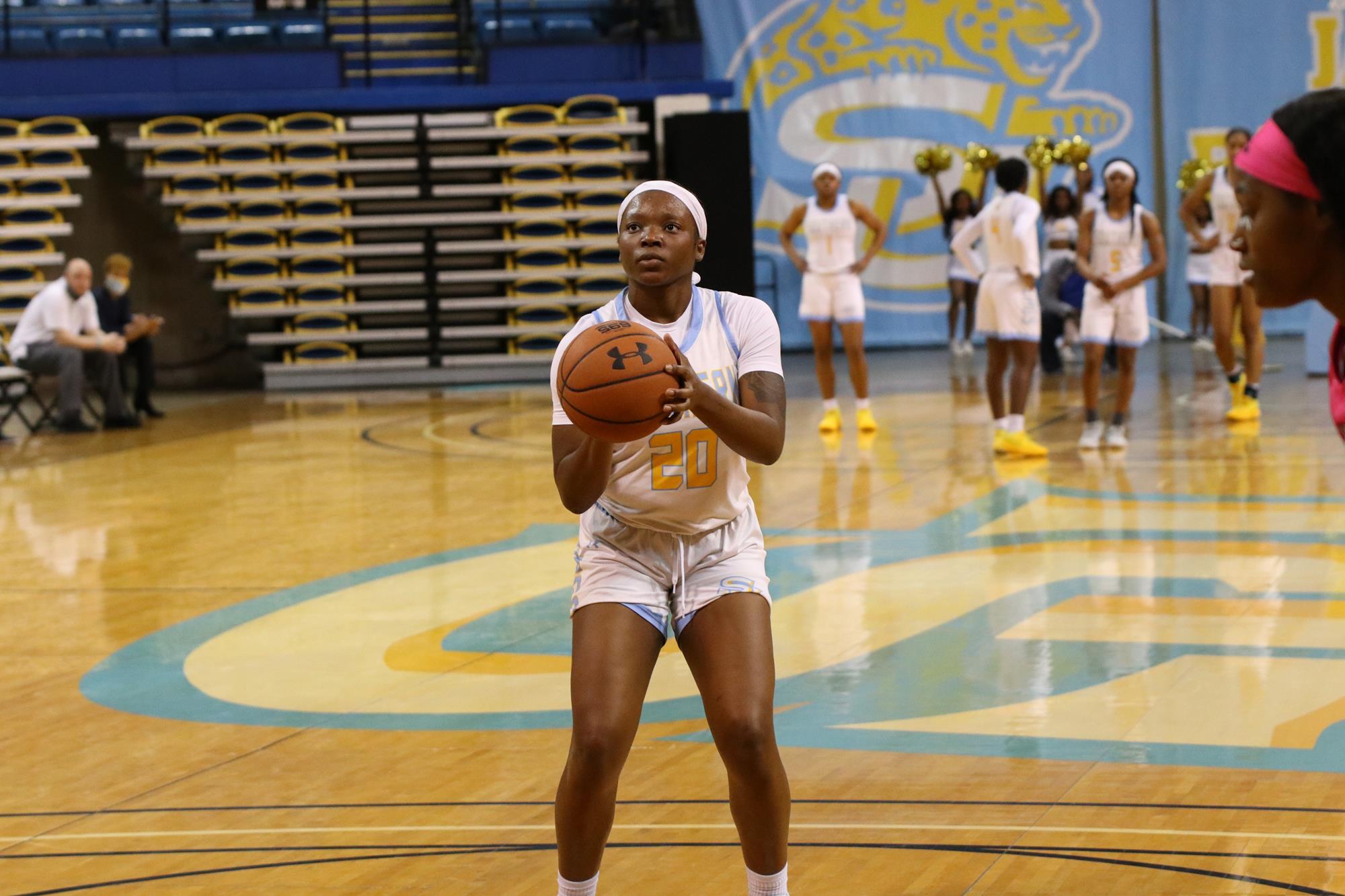 Mississippi Valley State University can’t catch a break after receiving another loss, this time from Southern

Southern gave Mississippi Valley State University its 11th consecutive loss in a 74-43 rout at Harrison HPER Complex on Monday evening. The Lady Jaguars had the upper hand in this one. Going into half they had a 20-point lead and outscoring the Devilettes 37-26 in the final 20 minutes.

Amani McWain scored 11 points and grabbed six rebounds to lead the way for Southern. As a team, the Lady Jaguars shot 45% from the field, 44% from behind the arc, and 55% from the free throw line. The advanced stats told a similar story, as the team put up 1.02 points per possession on 52% true shooting.

Mississippi Valley State University was led by Lexus Eagle Chasing, who put up 14 points. The Devilettes shot 14-of-30 from the field and 4-of-11 from behind the arc. That contributed to their average of 0.62 points per possession and 54% true shooting, which wasn’t enough to secure the win.

Both teams face their next test on January 28. Southern gets a chance to end Alcorn State’s winning streak, while Mississippi Valley State University squares off with an Arkansas-Pine Bluff side riding high from a victory in its last outing. The Lady Jaguars will look to continue their solid play in their return home. On the other side, the Devilettes will get a shot to recover from this loss.