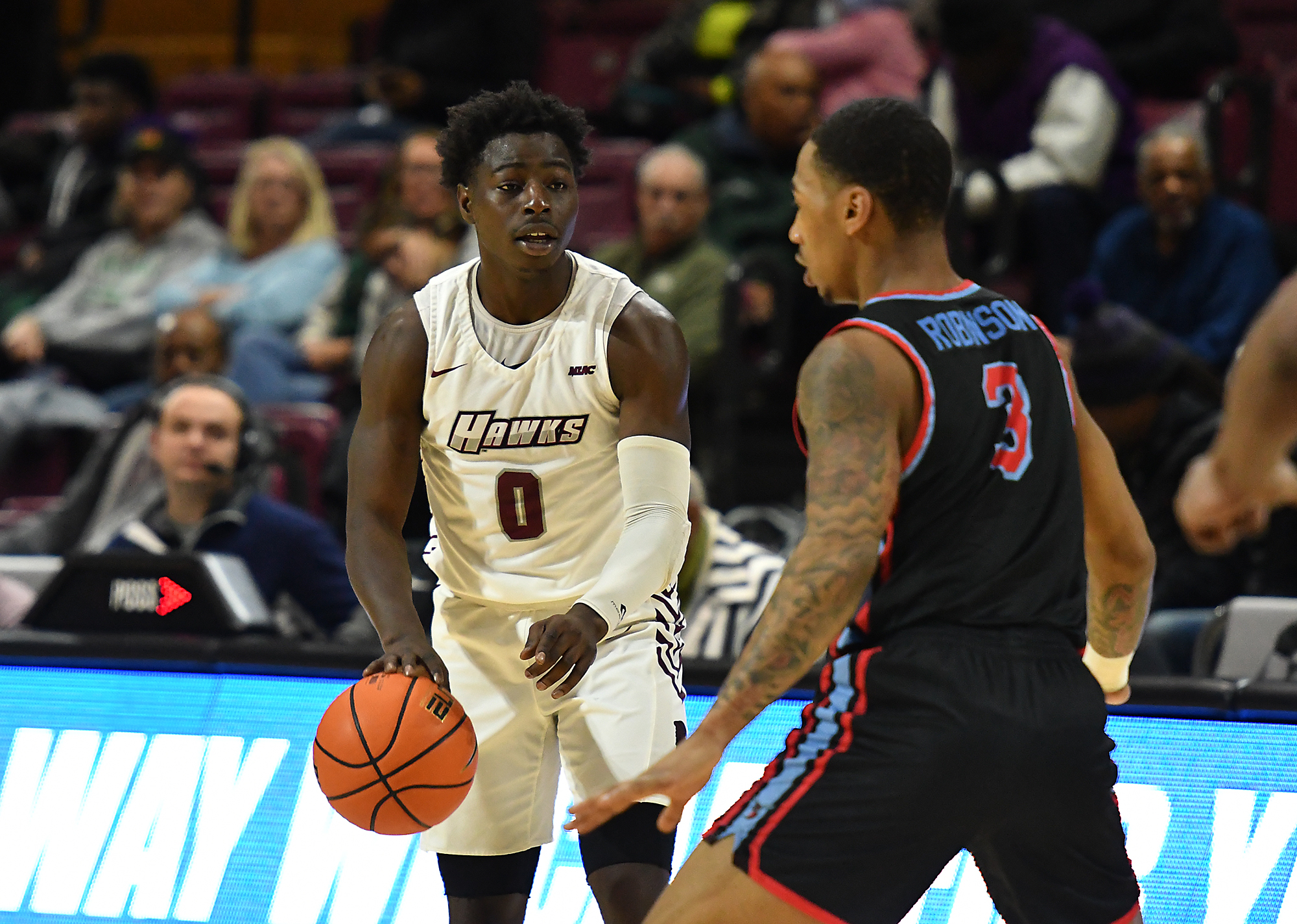 The Hawks trailed the entire game until a last second basket gave them the win.

Maryland Eastern Shore recorded its fourth straight win in dramatic fashion, handing North Carolina Central a 59-58 loss in a comeback effort at McDougald-McLendon Arena on Monday night. It looked out of reach for UMES, who were down by as many as 16 in the second half. However, its incredible late effort was enough to secure the win.

Donchevell Nugent scored 13 points to lead the way for Maryland Eastern Shore. That performance included an impressive nine points in the second half to ignite the team down the stretch. As a team, UMES shot 12-of-33 from the field in the second half, scoring 1.12 points per possession on average.

Justin Wright recorded 19 points and five rebounds to lead the way for NCCU against Maryland Eastern Shore. The Eagles went 23-of-52 from the field in this one, including 2-of-15 from the three-point line. Their shooting was part of larger offensive struggles that contributed to the loss. North Carolina Central only mustered 0.8 points per possession on 49% true shooting.

Both teams face their next test on Jan. 28. UMES takes on Coppin St., while North Carolina Central squares off with a Howard side riding high from a victory in its last outing. The Hawks will look to continue their solid play in their return home. On the other side, the Eagles hope for a rebound performance on the road.