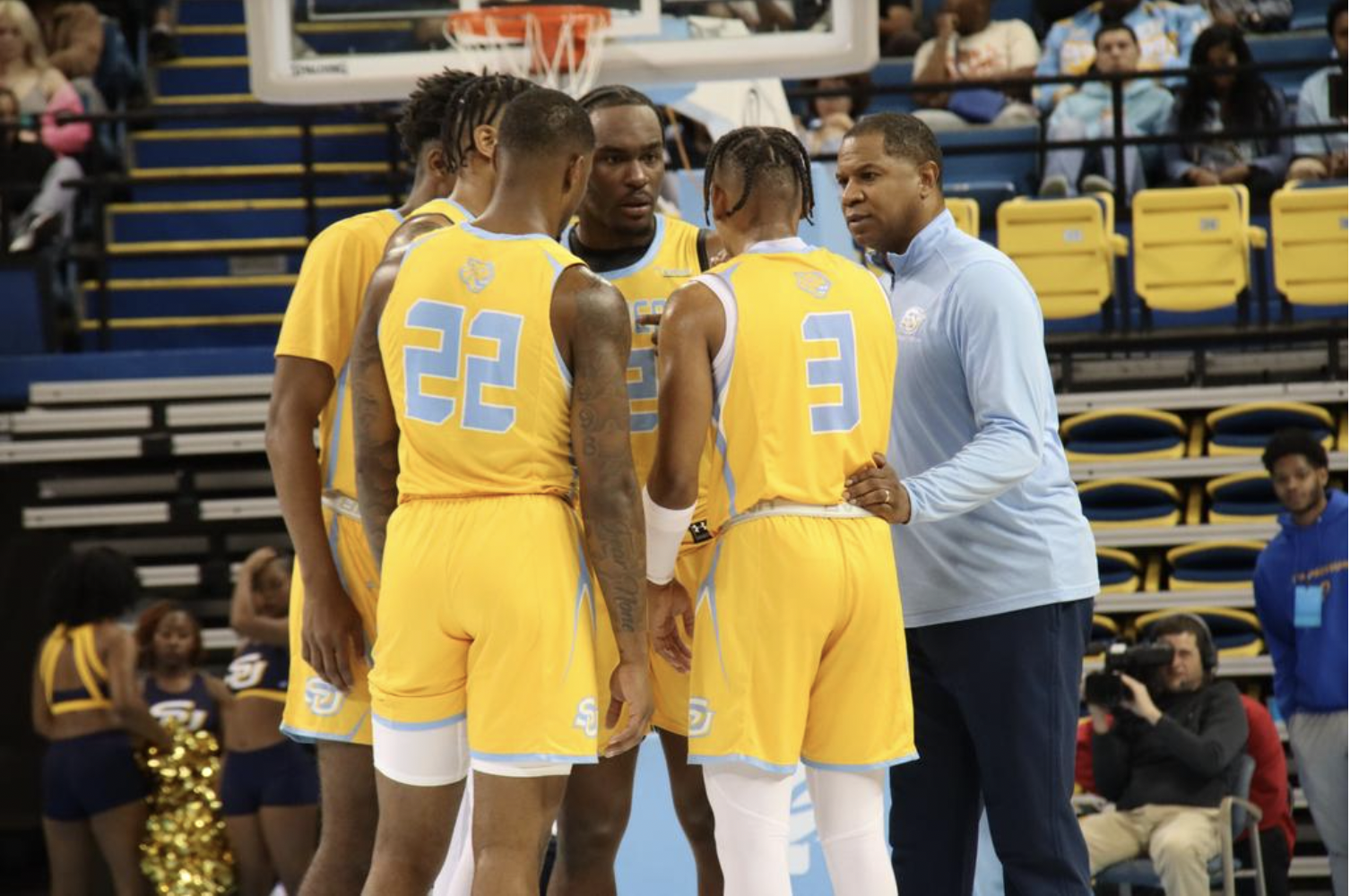 Southern gave Mississippi Valley State University their fourth consecutive loss in an 84-70 contest at Harrison HPER Complex on Monday night. The Jags got off to a good start, going into halftime with a 47-39 lead. They then continued to outscore the Delta Devils 37-31 in the second half to come away with the victory.

Brion Whitley led the way for Southern, putting up 18 points to go along with six boards. Whitley was just a cog in a complete offensive performance for the Jags. The team shot 57% from the field while scoring 1.14 points per possession. They put a particular emphasis on generating easy looks close to the hoop, shooting 31-of-49 on two-pointers, including 28-of-44 in the paint.

Mississippi Valley State University was led by Tyronn Mosley, who put up 17 points. As a team, the Delta Devils shot 22-of-53 from the field and 8-of-18 from three. That contributed to their average of 0.99 points per possession and 55% true shooting, which wasn’t enough to secure the win.

Both teams face their next test on January 28. Southern takes on Alcorn State in a conference clash, while Mississippi Valley State University squares off with an Arkansas-Pine Bluff side riding high from a victory in its last outing. The Jags will look to keep their momentum rolling and earn another win. On the other side, the Delta Devils will try to turn things around.