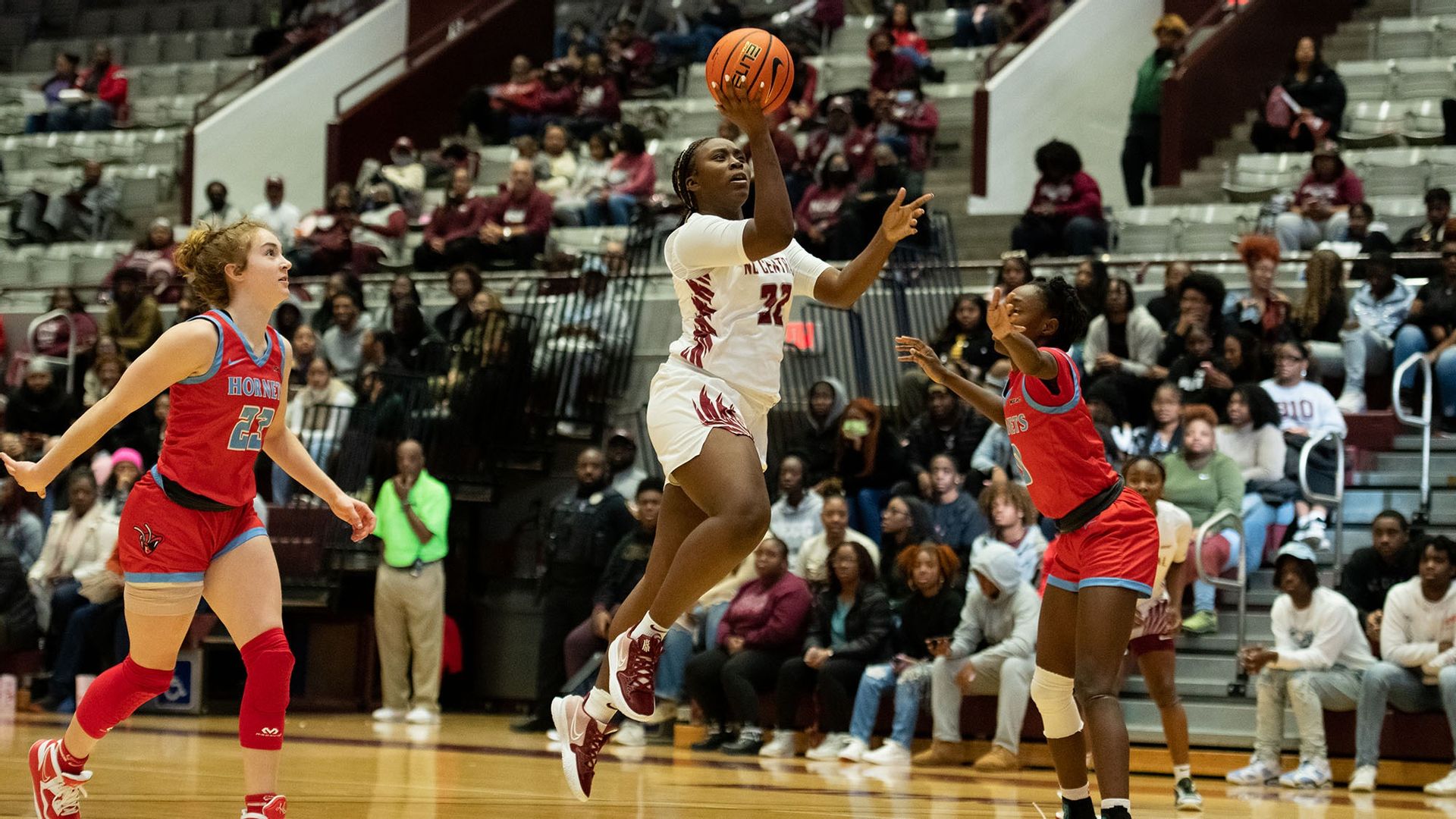 Kimia Carter steps up for the Lady Eagles; pushing them towards victory in a MEAC conference matchup against Delaware State.

North Carolina Central dominated Delaware State by a score of 63-44 at McDougald-McLendon Arena on Saturday afternoon. The Lady Eagles had the upper hand in this one, leading by as much as 35 points.

Kimia Carter scored 15 points to lead the way for North Carolina Central. As a team, the Lady Eagles shot 39% from the field, 38% from behind the arc, and 70% from the free throw line. They secured the win despite only scoring 0.89 points per possession on 48% true shooting.

Joy Watkins scored nine points while Savannah Brooks added another nine to lead the way for Delaware State. As a team, the Lady Hornets struggled to get things going offensively against North Carolina Central. They scored just 0.61 points per possession on 30% shooting from the field. It was a tough day from three-point range. The team’s shooters combined to go just 3-of-14 from deep.

These teams will have little time to prep for their next test, as each plays next on January 23. North Carolina Central takes on Maryland Eastern Shore in a conference clash, while Delaware State squares off with South Carolina State. The Lady Eagles will look to keep their momentum rolling and earn another win. On the other side, the Lady Hornets will get a shot to recover from this loss.