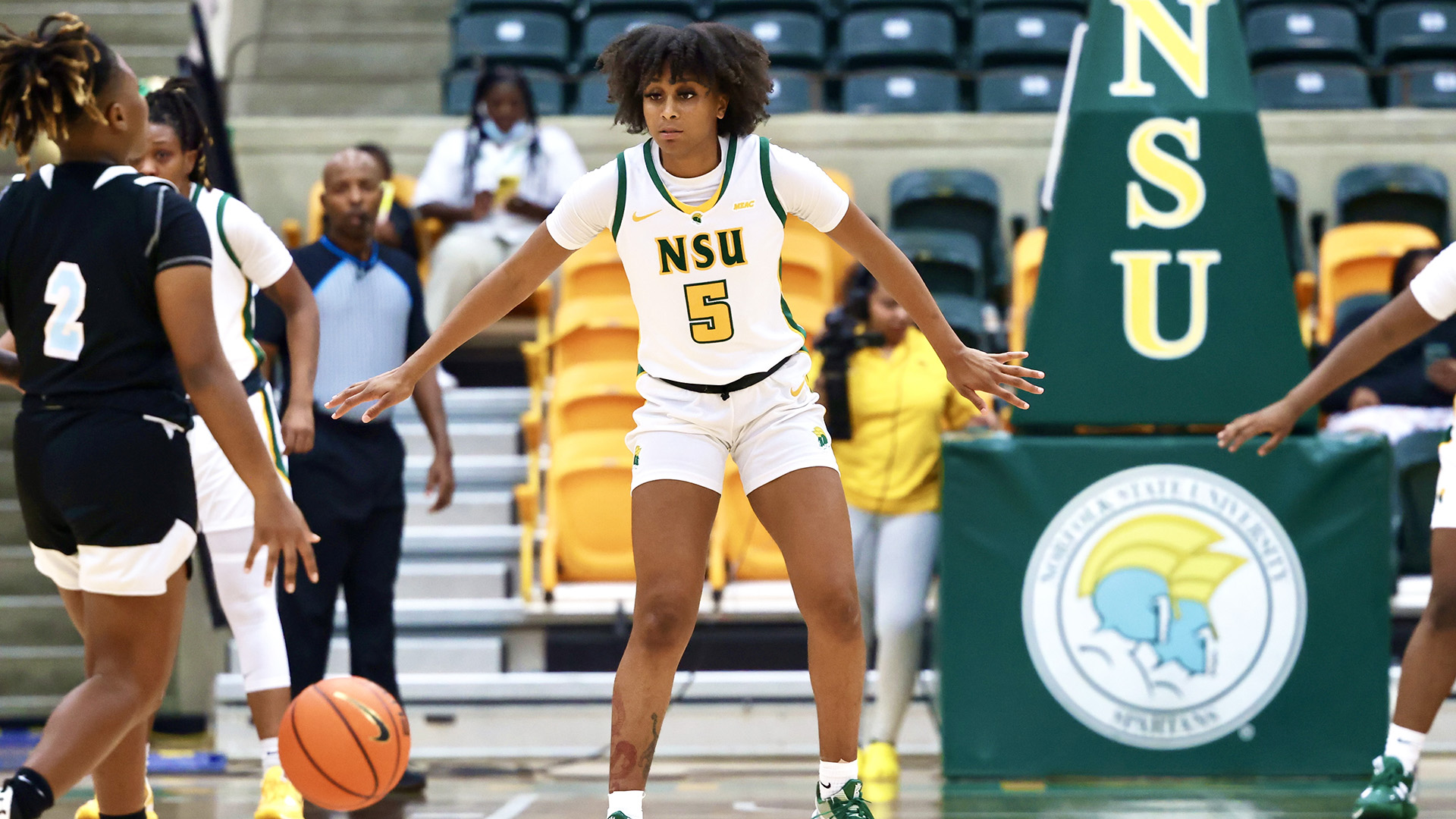 Four-time MEAC Defensive Player of the Week Camille Downs leads the Spartans to a victorious win over Coppin State.

Norfolk State recorded its seventh straight win, handing Coppin State a 49-43 loss at Physical Education Complex on Saturday afternoon. The Lady Spartans got off to a good start, going into halftime with a 19-16 lead. They then continued to outscore the Lady Eagles 30-27 in the second half to come away with the victory.

Camille Downs scored 10 points to lead the way for Norfolk. The Spartans’ offense was able to overcome shooting struggles in this one, putting up just 0.71 points per possession on 32% shooting from the field. Defense was another story. The Spartans caused havoc throughout, blocking 12% of the opponents’ field goal attempts while accumulating an impressive 11 steals.

Coppin State was led by Jewel Watkins, who recorded 15 points and nine boards. As a team, the Lady Eagles struggled to get things going offensively, scoring just 0.62 points per possession on 23% shooting from the field. They were heavily challenged near the hoop, going just 4-of-12 on field goal attempts in the paint against Norfolk.

These teams will have little time to prep for their next test, as each plays next on Jan. 23. Norfolk State takes on Morgan State in a conference clash, while Coppin St. faces a Howard squad recovering from a loss of its own. The Spartans will look to keep their winning streak intact. On the other side, the Eagles will get a shot to recover from this loss.