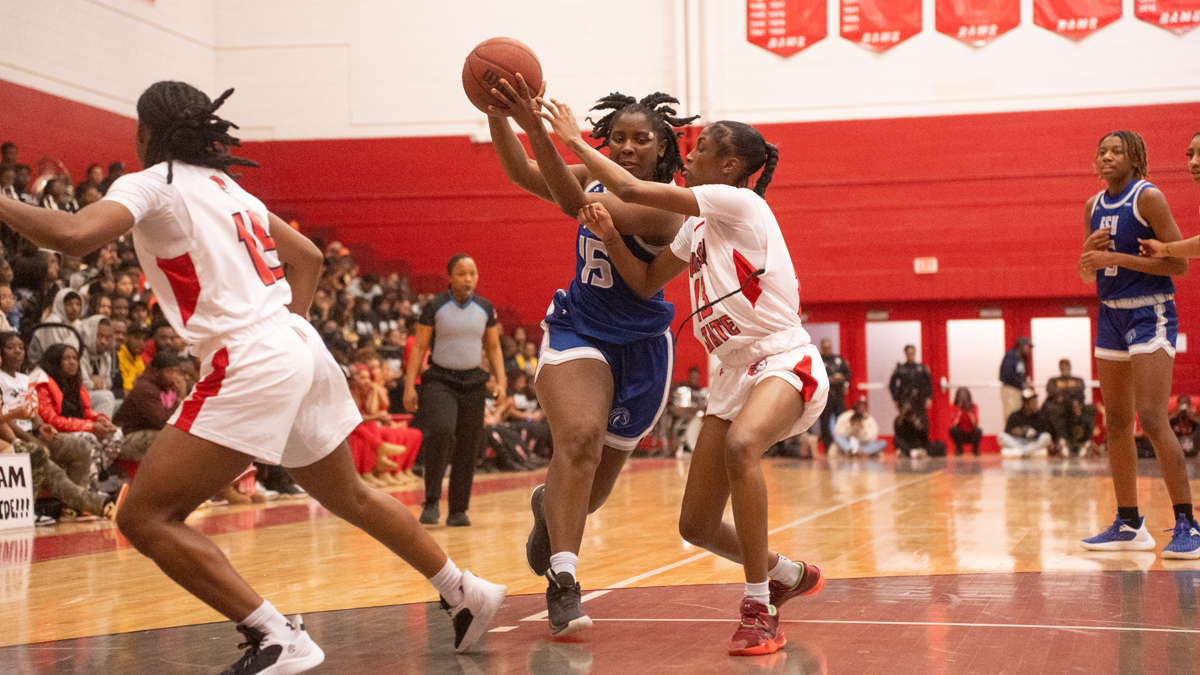 Fayetteville State faced a raucous crowd and a formidable opponent, but came out with a big win on the road.

A capacity crowd of 2,600 filled into the C.E. Gaines Center on Saturday afternoon as the two teams at the top of the CIAA Southern Division standings battled it out on the court.

The Fayetteville State women came back from a nine-point second half deficit to beat WSSU 65-61 and take sole possession of first place in the division.

“I thought we started the game pretty well,” Fayetteville State head coach Serena King-Coleman said after the game. “The pressure got to us a little bit and we were lagging but then defensively, we ended the game well. We had big play from Imani [Elliott] off the bench and Aniylah Bryant was just huge for us offensively and defensively. I thought we played hard and I am really proud of them today.”

Bryant led the way with 22 points on 8-for-16 shooting for the Broncos and added three steals. Imani Elliott added 17 points for the visitors in a game that had seven ties and seven lead changes.

WSSU led 45-36 with 4:05 remaining in the third quarter, but trailed by two to start the fourth quarter. Amaya Tucker scored a team-high 19 points in the loss along with six rebound and four steals. Kennedi Simmons scored 13 points and Valencia Carroll added 10 for WSSU, which fell to 10-7 on the season and 6-3 in CIAA play.

Fayetteville State improved to 11-6 overall on the season, 7-2 in CIAA play. It will return to action on Thursday when it hosts Claflin.