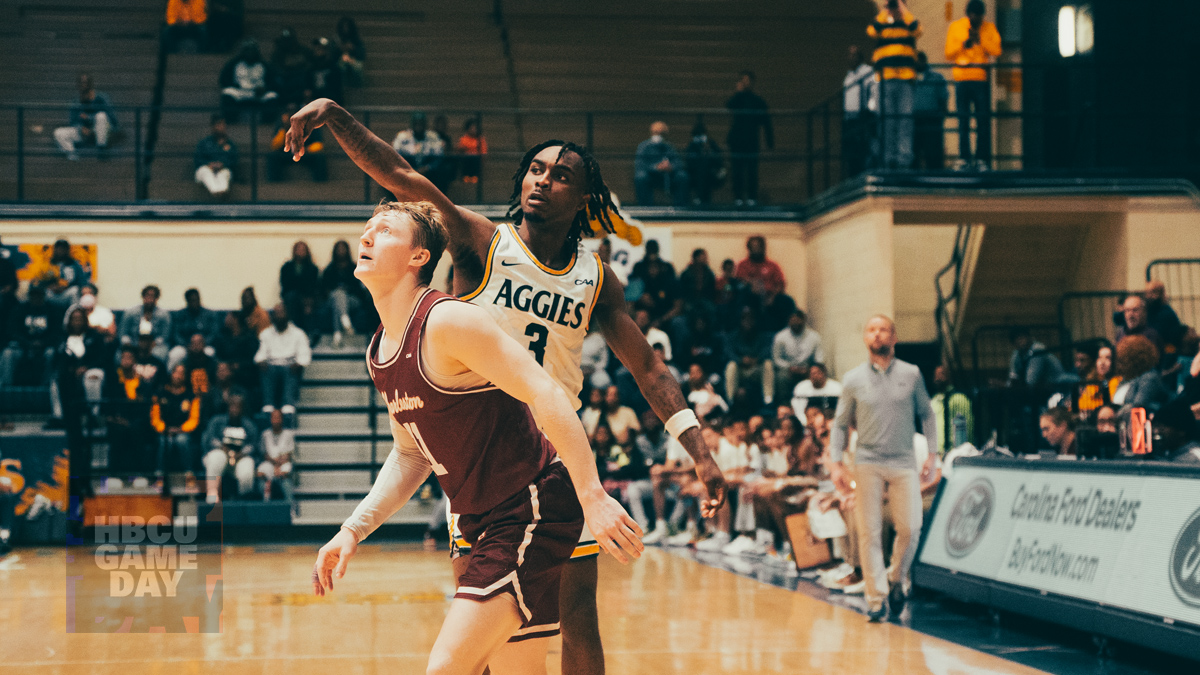 Kam Woods was cooking with hot grease and Hampton got burnt in an all-HBCU CAA matchup.

North Carolina A&T gave Hampton its ninth consecutive loss in a 79-67 contest at Convocation Center on Monday night. A&T went into halftime with a 42-30 lead and was able to hold off their fellow Colonial Athletic Association newbies for the final 20 minutes.

Kam Woods scored 27 points to lead the way for NC A&T. It wasn’t just Woods though, the Aggies’ offense was humming on all cylinders, shooting 49 percent from the field. That offensive output included 7-of-20 shooting from beyond the arc and 14-of-24 shooting on free throws.

“We have been harping to the guys for a while now that we need to get off to a fast start,” interim head coach Phillip Shumpert . said after the game. “Our guys finally got off to a big-time start in the first half. They did a great job executing the game plan and a tremendous job on the defensive end. But overall, it was really good to see us get off to a good start from the jump.”

HU was led by Jordan Nesbitt, who put up 18 points. The Pirates shot 21-of-66 from the field and 6-of-22 from behind the arc. That contributed to their average of 0.99 points per possession and 44% true shooting, which wasn’t enough to secure the win.

These teams will have little time to prep for their next test, as each plays next on Jan. 20. North Carolina A&T takes on Towson, while Hampton squares off with Drexel. The Aggies will look to keep their momentum rolling and earn another win. On the other side, the Pirates hope for a rebound performance on the road.