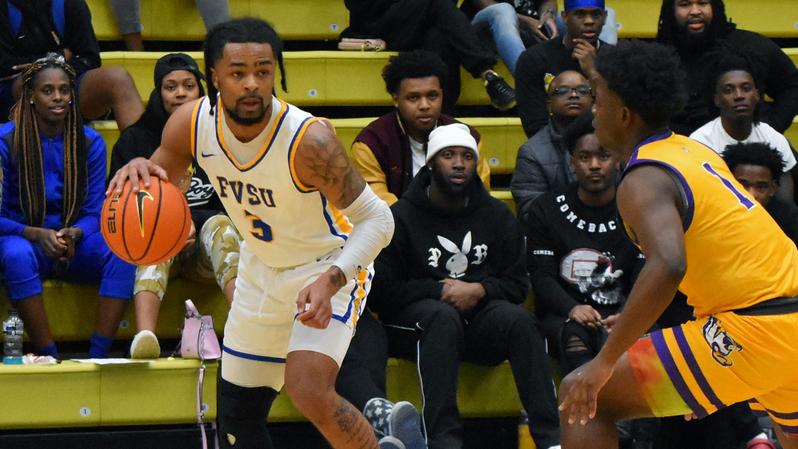 Fort Valley State got itself into an early hole it could not dig out of against Benedict College on Monday night.

FORT VALLEY, Ga. – Fort Valley State came out of the intermission cold and it was costly on Monday night. Benedict College broke open the men’s basketball game with a 10-1 run to start the second half and refused to allow Fort Valley State back into the game of the 80-60 final.

After the Wildcats’ Jamal Reynoldsknifed into the lane for a bucket to tie the game with 36 seconds in the first half. The Tigers (9-7/7-4 Southern Intercollegiate Athletic Conference East) downed a triple with seven seconds and then they busted out of halftime with 10 of the opening 11 points to race a 43-30 advantage with 16:41 left. FVSU was able only able to get back to within nine points, 47-38, in a K.J. Doucet layup at 12:37 and lone time under double figures the rest of the night.

Doucet finished the night with a FVSU-high 17 points. Khadim Samb, Reynolds and Pierre Mitchell all chipped in 10 points. Reynolds and Samb had six and five rebounds, while Mitchell dished five assists.

Dontavius King dumped in 19 points and grabbed eight rebounds to lead the Benedict effort. The Tigers held the home team to 30.5% from the field (18 of 59) and pulled down 27 defensive rebounds.

The Wildcats will welcome the rival Golden Rams of Albany State Saturday night, Jan. 21, for Winter Homecoming. The men’s tip is set for 8 p.m.