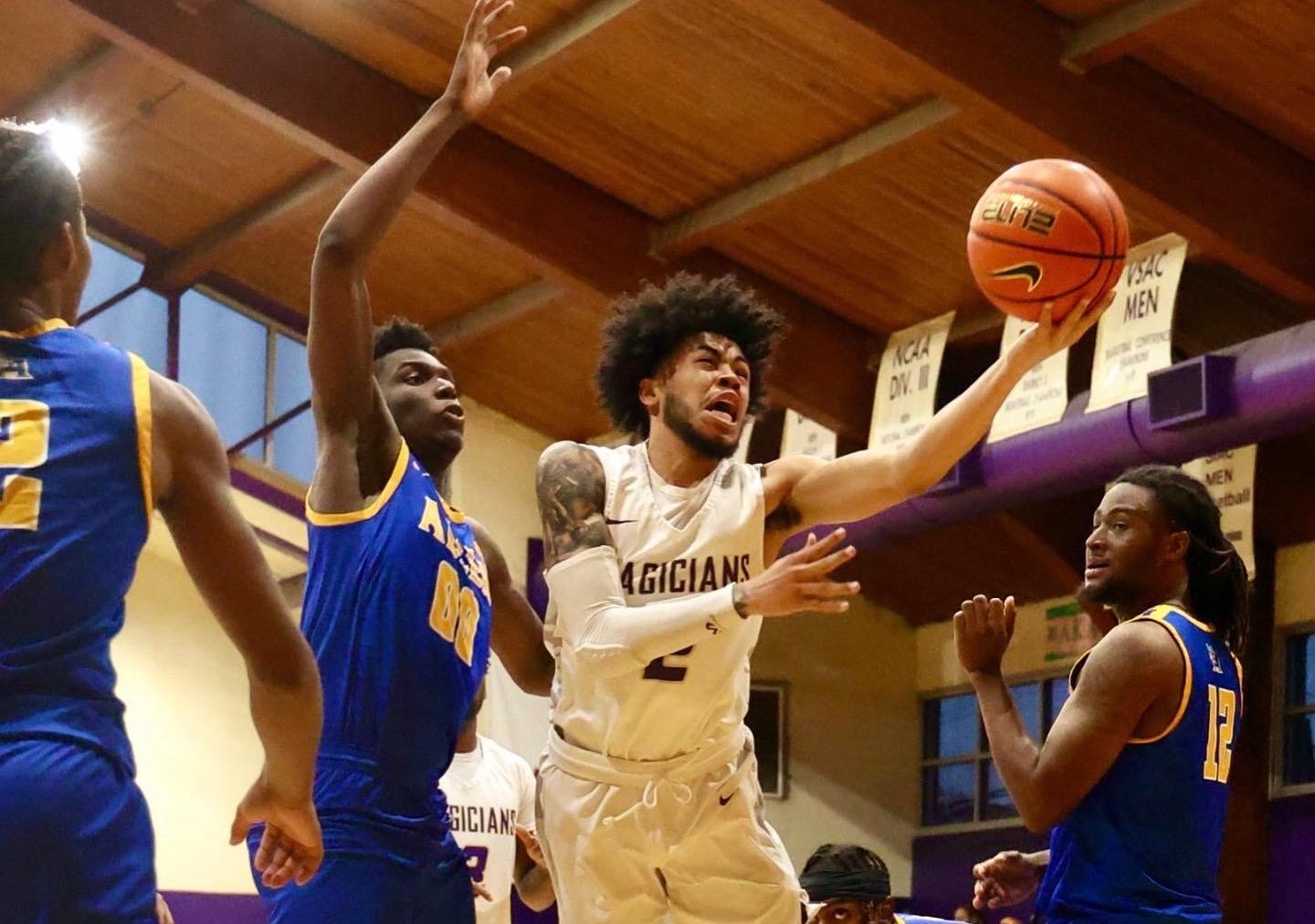 LeMoyne-Owen takes down Tuskegee on the road

LeMoyne-Owen took care of Tuskegee on the road after trailing at the half in a up-and-down SIAC battle.

The LeMoyne-Owen men’s basketball team defeated Tuskegee 70-60 on the road after trailing 42-31 at halftime. This latest gives the Magicians their third consecutive win over Tuskegee including last year’s triple overtime thriller the Magicians were able to win in the closing seconds.

Coming into the game the Magicians new they had their hands full as TU entered the game on a six game winning streak and we’re tied for 1st place in the conference standings. The Magicians took their first lead of the second half when junior guard Brandon Mason converted on a deep three directly  in front of the Magician’s  bench, giving them the 55-54 lead.

The team played arguably its best half of defense half of the year, holding Tuskegee to just 18 second half points. The Magicians would outscore the Golden Tigers 39-18 in the second half on their way to their 11th win of the season.

The Magicians were led in scoring by junior guard Gjerard Wilson who scored 20 points on 6/8 shooting and grabbed 4 rebounds. Sophomore guard Tariq Shepherd also scored in double-figures pouring in 16 points to go along with 5 rebounds and 3 assist.

Next up Lemoyne-Owen will travel to Spring Hill College for a 7:30pm game Monday, January 16th.

LeMoyne-Owen takes down Tuskegee on the road