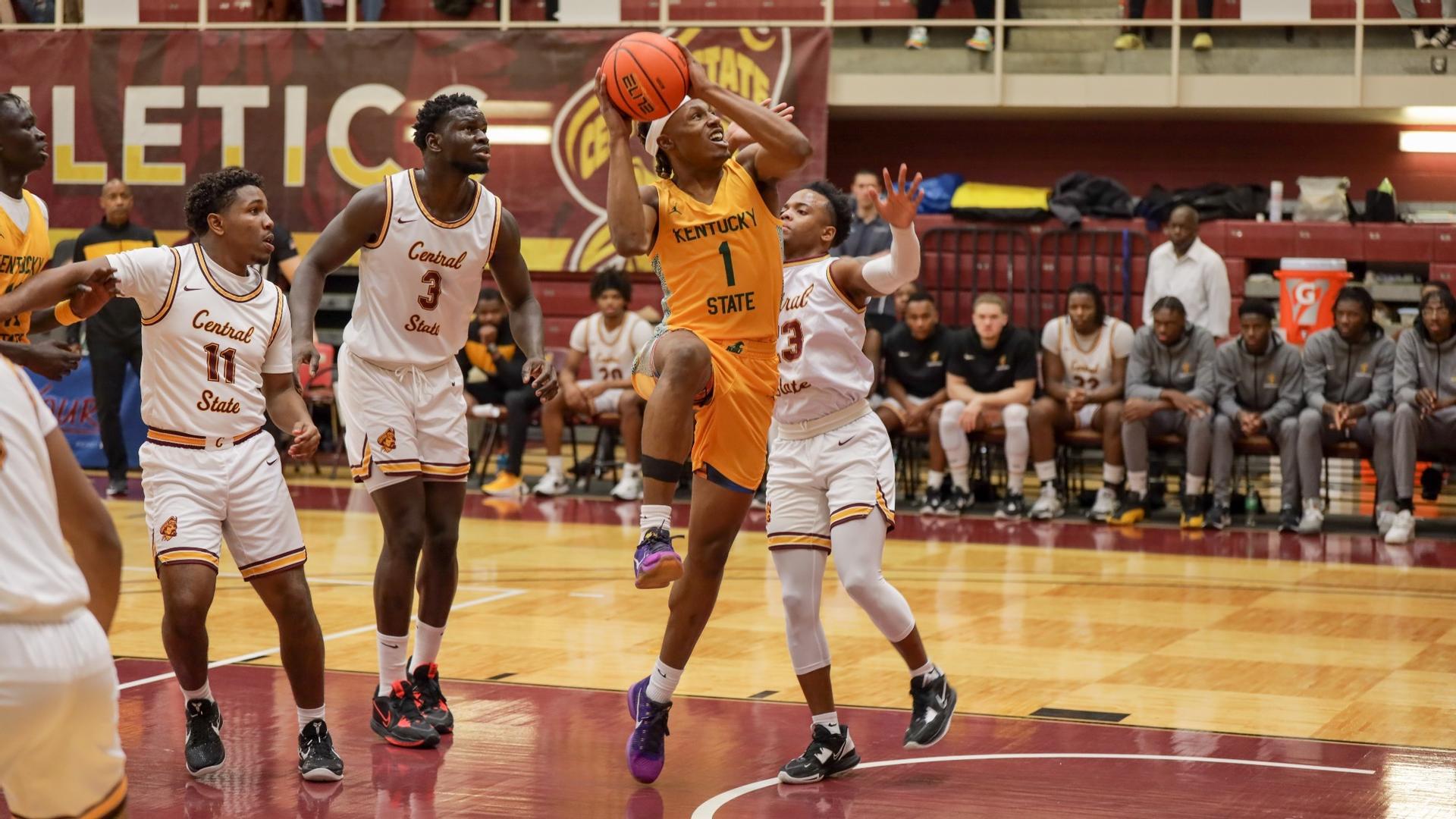 Both teams made 11 shots from the field as Kentucky State made three three-pointers and nine free throws to secure a 34-31 lead at the end of the first half.

In the second half, the Thorobreds outscored the Marauders 36-30 in the paint, leading to six lead changes and two ties. Kentucky State was able to defeat Central State 75-71.

Kong shot 62.5% from the field and 3-of-5 at the three-point line to lead the Thorobreds with 26 points, five blocks, and one steal.

Jalon Andrews led both teams with 14 rebounds as Tyson Brooks followed with nine.

How It Happened
The Thorobreds went a 14-2 run led by six points from Kong alongside four points from Jacobs, and both Andrews and Brooks earned two points as 15:02 remained in the first half.

Central State earned their first lead of 21-20 on a mid-range jumper at 8:49 in the first half.

Jacobs tied the game 23-23 on a three-pointer at 6:04 in the first half. Central State took back the lead 25-24 for a moment on a jumper as Jacobs would tie the game and give the Thorobreds a 26-25 lead on a pair of made free throws with 4:37 remaining in the first half.

Kentucky State went on a brief 6-0 run to end the first half with a three-point 34-31 lead.

Central State came to within two (43-41) on a dunk, and Kong responded with a layup that gave the Thorobreds a 45-41 lead with 14:16 remaining in the second half.

A free throw brought Central State to within three (63-60) at the five-minute mark in the second half.

The Thorobreds were able to hold the Marauders off and win the game 75-71.

Up Next
Kentucky State men’s basketball will travel to Miles College on Monday, Jan. 16, for a 7:30 p.m. tipoff.