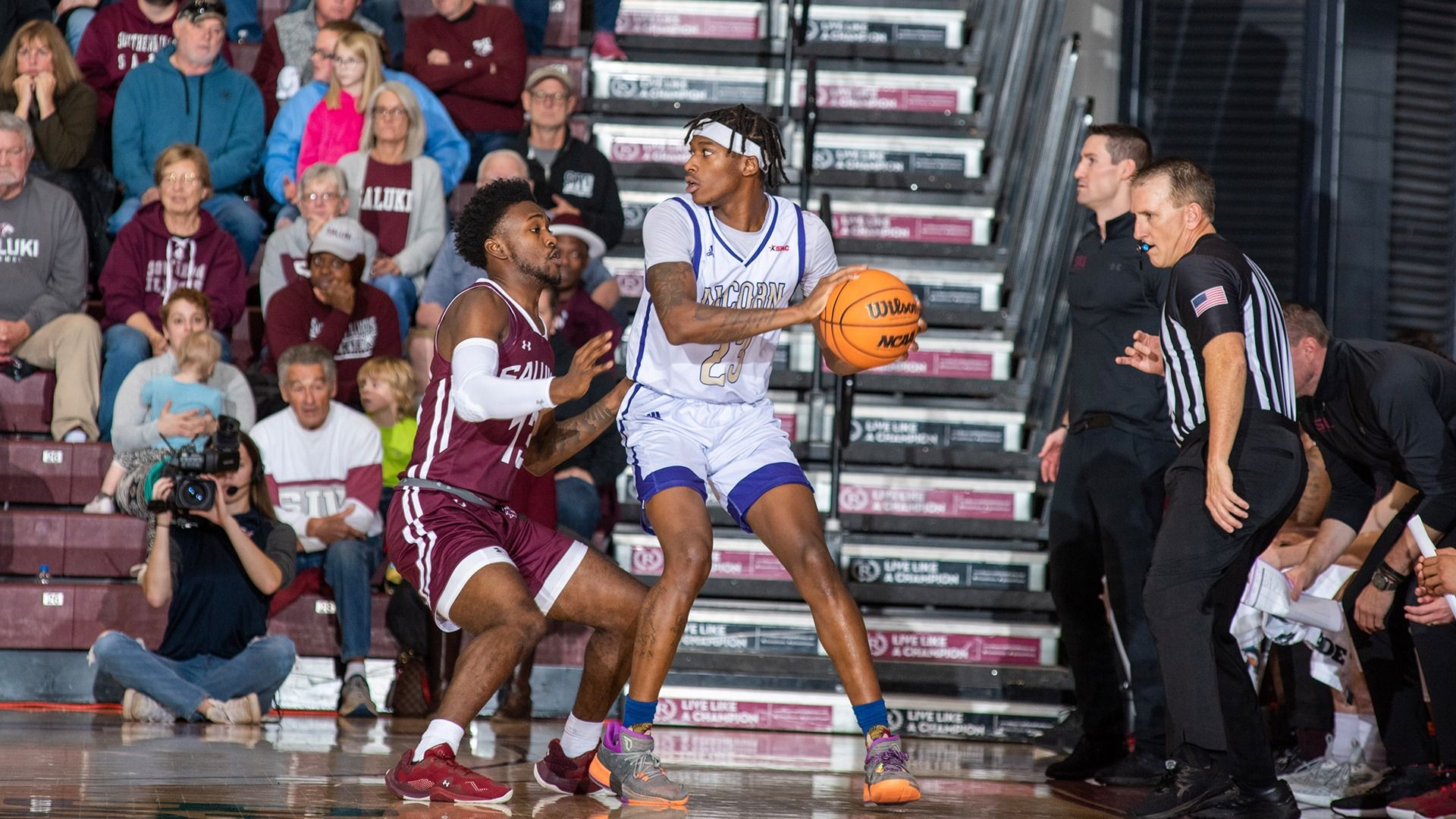 Dominic Brewton lead the Braves with a season-high 26 points on 11-of-17 shooting.

For the second time during the 2022-23 season, Alcorn Head Coach Landon Bussie and his Braves went to an extra period to decide an outcome. This time, the Braves were victorious in earning their third win on the bounce.

Trailing 66-64 with 1:13 remaining in regulation, Alcorn (6-10, 3-1 SWAC) chipped into the lead with a Dominic Brewton free throw, before the Tigers’ Davon Barnes grabbed a rebound off the defensive glass, and hit the outlet to teammate Chris Craig for a layup, extending the lead at 68-65 with four seconds left on the clock.

However, four seconds was plenty of time for Bussie and his staff to design an offensive set that saw Brewton rise up and connect for one of his three (3) three-pointers in the game as the buzzer sounded, forcing overtime at 68-all.

Texas Southern (4-14, 0-5 SWAC) would score the first three points of the overtime period behind free throws from Barnes and Craig, respectively. But it would be Keondre Montgomery, the reigning SWAC Player of the Week, connecting from long range to knot the game at 71-71 just moments later.

The two teams would trade baskets until Byron Joshua’s free throw was followed by Montgomery’s three-pointer from the wing to lift Alcorn to a 77-73 lead with 1:11 remaining in overtime. Montgomery, a 6-foot-7 redshirt sophomore transfer from Mississippi State, converted both free throws down the stretch to seal the win for the Purple and Gold.

The opening half saw very little to separate the two sides, as TSU held a narrow 30-27 lead as the teams headed into the locker room at the break.

TSU shot 45.5 percent in the opening half, using eight points from Barnes. For Alcorn, it was Brewton setting the stage for his big night early-on, pouring in 10 first-half points.

However, the Braves found it tough shooting in the first 20 minutes, registering just a 29.4 percent touch from the field on 10-of-34 shooting.

Despite the host Tigers shooting 50 percent from the floor in the second half, Alcorn found a rhythm from long range, connecting on 44.4 percent of its shots from beyond the arc. The Braves also connected on 13-of-15 at the charity stripe across the second half.

It was Brewton leading all scorers for the Braves with a season-high 26 points on an 11-of-17 shooting display from the field. He also handed out three assists and pulled in three steals on the defensive end of the court. Montgomery added 14 points for his fifth consecutive game in double-figures, while Joshua chimed in with 12 points, five rebounds and three assists.

Alcorn continues its “Lone Star State” road trip with a visit to Prairie View A&M on Monday, Jan. 16, at 8 p.m. The game is part of the Martin Luther King, Jr. Day basketball event around the nation.