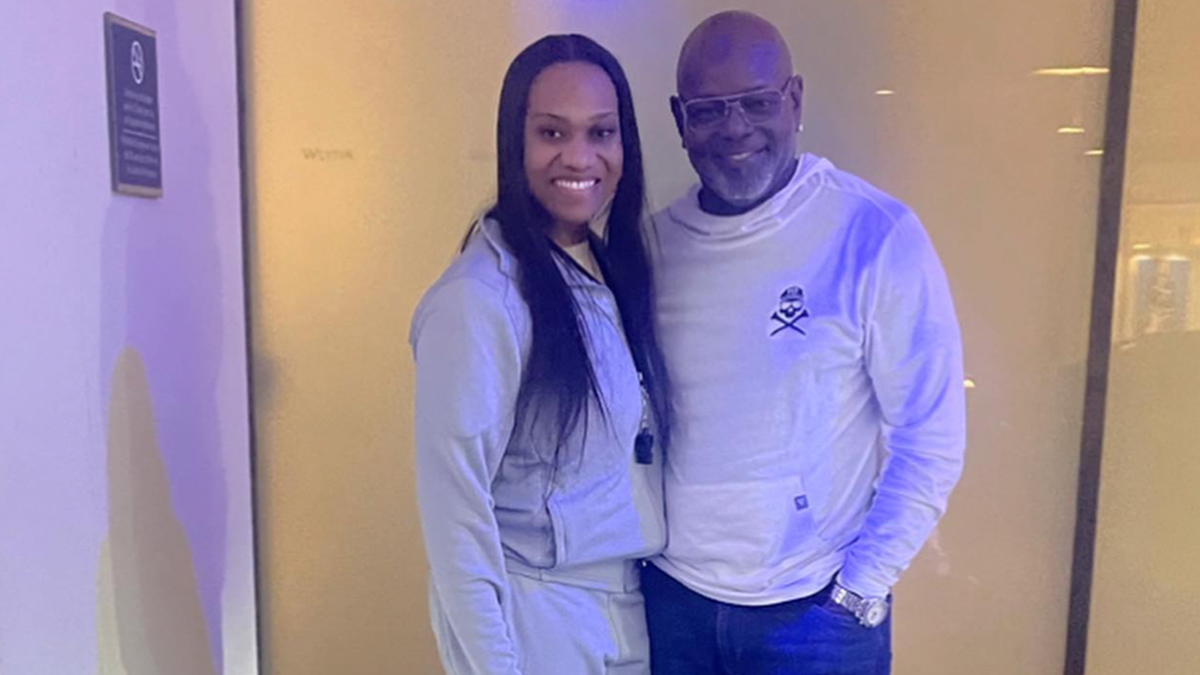 Jackson State women’s basketball coach Tomekia Reed got a chance for a photo-op with Emmitt Smith and showed Deion Sanders some love.

Reed posted a pair of photos of the Dallas Cowboys football legend taken in The Galleria of Houston.

“I had the pleasure to meet this handsome guy tonight!!!! I love how everyone knows of Jackson State because @deionsanders put us on the map. Thank you @deionsanders!! @emmittsmith22 is super amazing! Very nice to meet you!”

The former Cowboys running back actually broke the NFL rushing record held by Jackson State legend Walter Payton who played for the Chicago Bears. Deion Sanders, of course, has moved on to Colorado, but clearly Reed feels the impact.

Sanders’ daughter, Shelomi, started the season playing for Reid but is following her father and her brothers Shilo and Shedeur to Colorado where she is expected to play.

Tomekia Reed and Jackson State are in town for a pair of games against SWAC rivals. JSU will take on Prairie View A&M on Saturday before facing Texas Southern on Monday.

Jackson State (6-7, 3-0 SWAC) looks to keep an unblemished record in conference play with a visit to PVAMU. The Tigers took down Alabama A&M in Monday night’s matchup at home. Liz Martino posted 17 points in the win, followed by Ti’Ian Boler who posted 10 points, four rebounds and four assists. Angel Jackson led JSU’s defense with 10 rebounds, eight points and four blocks. The Tigers shot 57.7 percent (15-for-26) from the free throw line and 44.4 percent (8-for-18) from the three-point line Monday night.