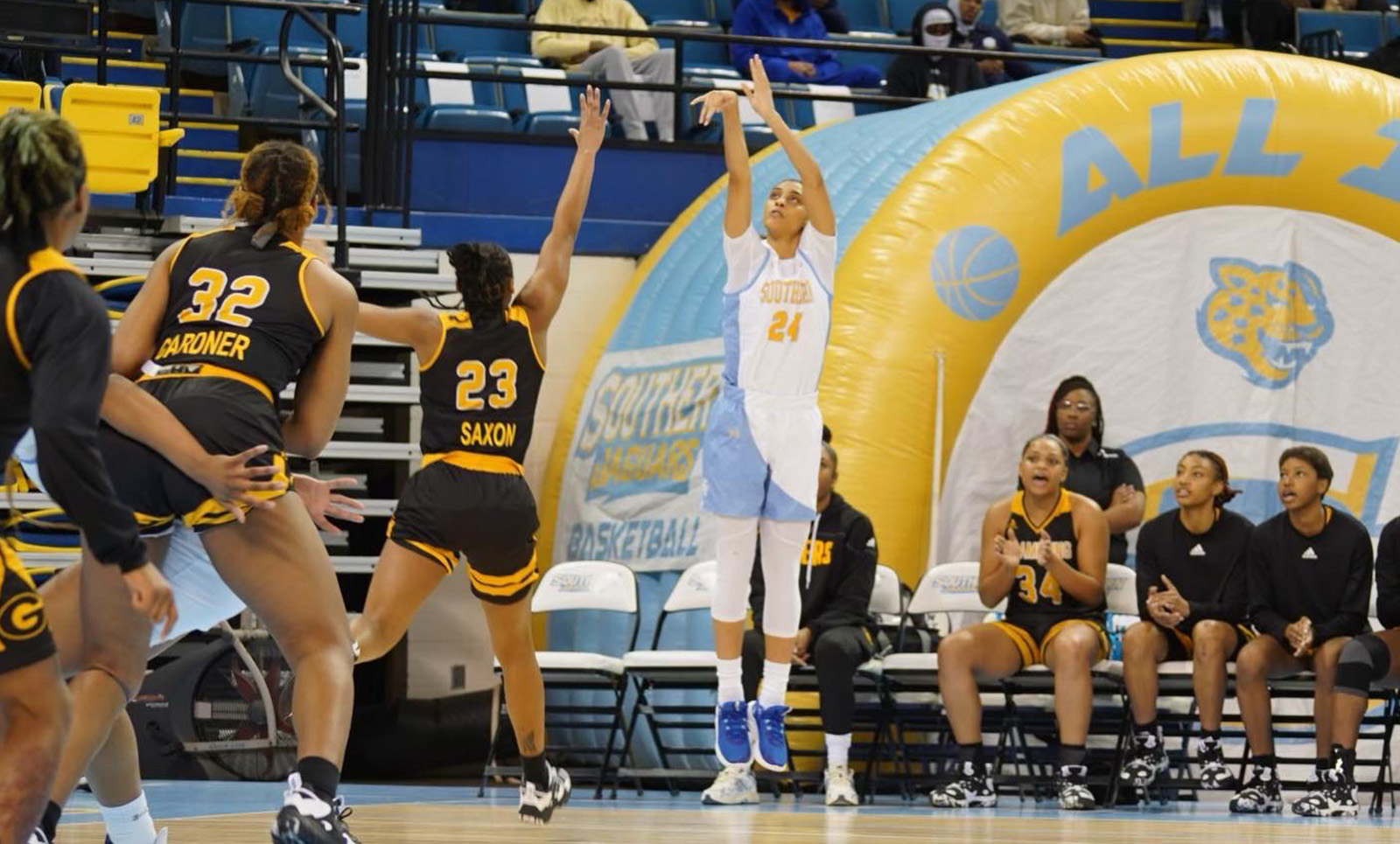 Southern secures another SWAC win with takedown of Grambling

Amani McWain led the way for the Lady Jaguars with 16 points, as a team they shot 40% from the field and 33% from behind the arc.

Southern recorded their third straight win, handing Grambling State a 59-49 loss at F.G. Clark Activity Center on Saturday afternoon. The Lady Jaguars got off to a good start, going into halftime with a 33-26 lead. They then continued to outscore the Lady Tigers 26-23 in the second half to come away with the victory.

Amani McWain led the way for Southern, putting up 16 points to go along with six boards. As a team, the Lady Jaguars shot 40% from the field, 33% from behind the arc, and 52% from the free throw line. They secured the win despite only scoring 0.91 points per possession on 45% true shooting.

Colbi Maples scored 15 points while Amanda Blake added another 10 to lead the way for GSU against Southern. As a team, the Lady Tigers struggled to get things going offensively, scoring just 0.73 points per possession on 34% shooting from the field. They were heavily challenged near the hoop, going just 9-of-23 on field goal attempts in the paint.

Both teams face their next test on Jan. 21. Southern catches Arkansas-Pine Bluff after a loss in its last game, while Grambling State squares off with Mississippi Valley State University. The Lady Jaguars will look to keep their winning streak intact. On the other side, the Lady Tigers will get a shot to recover from this loss.

Southern secures another SWAC win with takedown of Grambling