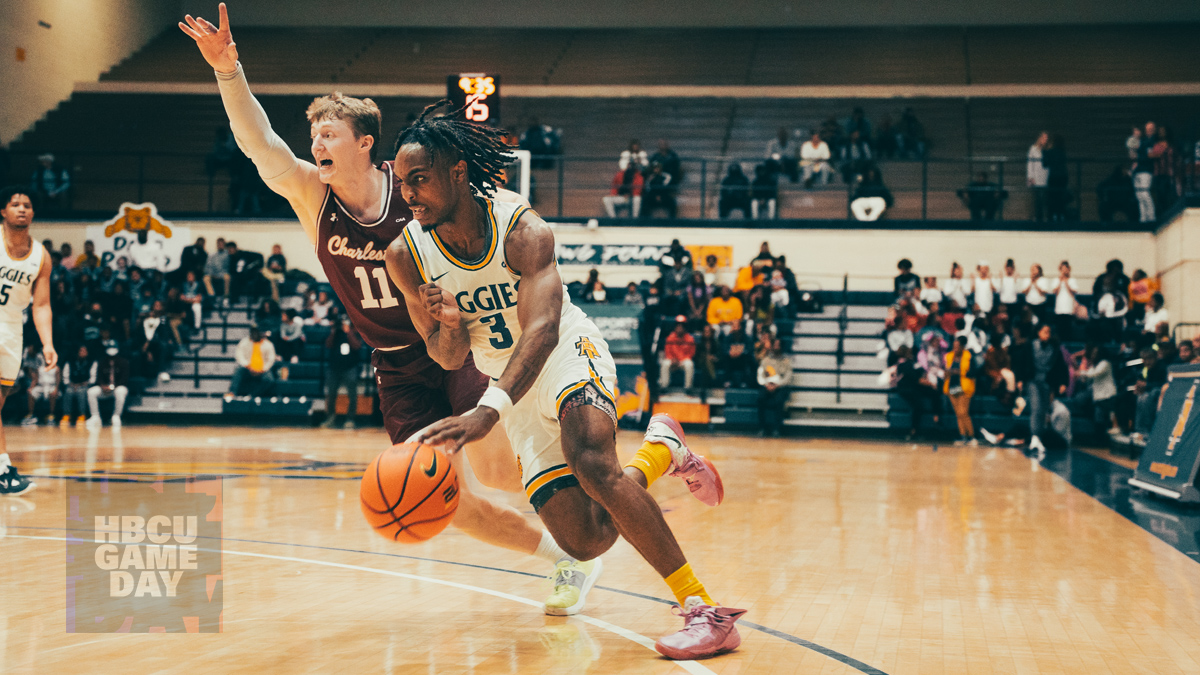 NC A&T men pull out tight one vs. Stony Brook

It was the second straight win for the Aggies (8-11, 3-3 CAA) in Colonial Athletic Association (CAA) play. They downed Elon in similar fashion on the road Wednesday.

Watson had only three points at the break as the Aggies trailed 30-26. He finished with 18 points.

The teams went back and forth in the second half. The biggest lead was SBU’s 39-34 edge on a 3 by Tyler Stephenson-Moore at the 13:50 mark. Watson’s pull-up 3-pointer with 3:23 to play capped his performance and pulled the Aggies to within 57-56.

With 1:50 left, 6-9 center Austin Johnson followed a missed Watson 3-pointer with a tough rebound and inside basket. Policelli fouled Johnson who sank the free throw to give the Aggies their second lead of the half at 59-57. Johnson battled the tall SBU front line that featured two 6-10 players and a 7-footer. He finished with 10 points and six rebounds.

With :21 seconds left, A&T scoring leader Kam Woods was fouled on a drive to the basket. He canned both free throws to put the Aggies up 61-57. Stony Brook pulled to within 61-59 on two made free throws by Stephenson-Moore with :15 seconds left. That set up the final drama.

NC A&T pulls out the win

Duncan Powell rebounded an SBU miss and was fouled with :13 seconds left. He missed the front end of a 1-and-1 opportunity. Stony Brook rebounded. Seawolves’ guard Tanahji Pettway was then fouled on a frantic drive to the basket with 6.5 seconds to play.

Pettway missed the first free throw and then intentionally missed the second. Policelli maneuvered for a tip-in at point-blank range but missed. The Aggies were able to force a loose ball in the mad scramble as time expired.

The Aggies took their first second-half lead at 48-47 on a jumper by Watson at the 8:16 mark. It came during an impressive stretch where he scored 12 of the Aggies’ 16 points to keep them in the game.

Woods, the Aggies scoring leader, finished just above his 18.6 point scoring average with a team-best 19 points. His two three-pointers early in the game and ten first-half points kept the Aggies close.

Senior guard Demetrius Horton scored just a single point but had a tenacious 11 rebounds to lead the Aggies.

Stephens-Moore had 18 points and Policelli had 16 points and 14 rebounds to lead the Seawolves. Kenan Sarvan had 13 rebounds to go with eight points.

The Aggies, in their first year in the CAA, continue their first tour thru the conference with a date Monday (Jan. 16) at Hampton. They return home Thursday (Jan. 19) to face Towson.

NC A&T men pull out tight one vs. Stony Brook