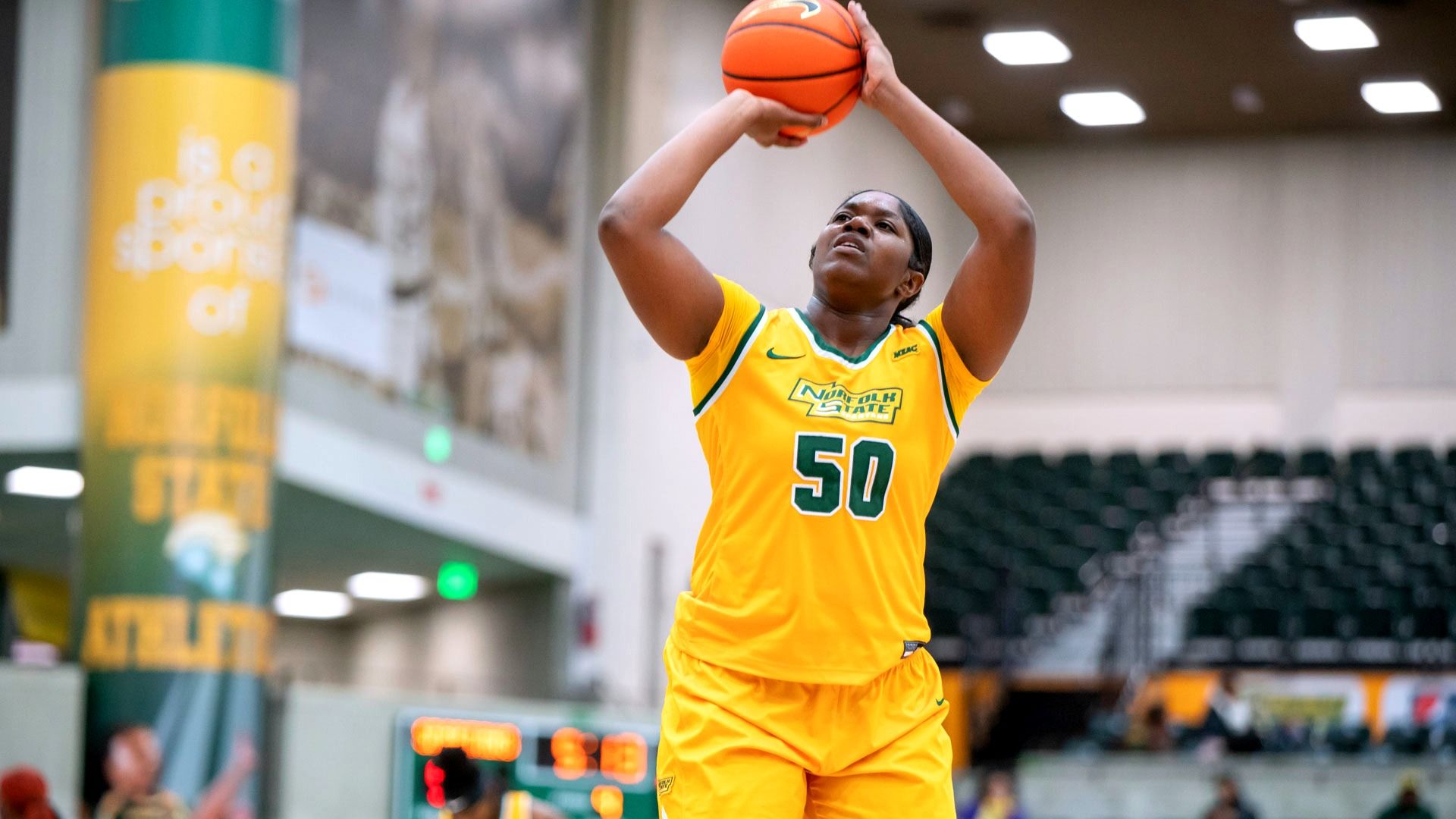 The Spartans went into the half with an 18-point lead and continued to outscore the Bison in the final 20 minutes.

Norfolk State recorded its sixth straight win in dominating fashion, handing Howard a 64-37 loss at Joseph G. Echols Memorial Hall on Saturday afternoon. The Spartans had the upper hand in this one, going into the half with an 18-point lead and outscoring the Bison 31-22 in the final 20 minutes.

Kierra Wheeler led the way for Norfolk State, putting up 21 points to go along with 13 boards. As a team, the Spartans shot 44% from the field, 33% from behind the arc, and 75% from the free throw line. The advanced stats told a similar story, as the team put up 0.94 points per possession on 54% true shooting.

Brooklyn Fort-Davis scored 10 points while Destiny Howell added another eight to lead the way for HU against Norfolk State. As a team, the Bison struggled to get things going offensively, scoring just 0.54 points per possession on 28% shooting from the field. They were heavily challenged near the hoop, going just 6-of-14 on field goal attempts in the paint.

Both teams face their next test on Jan. 21. Norfolk State takes on Coppin St. in a conference clash, while Howard squares off with Morgan State. The Spartans will look to keep their winning streak intact. On the other side, the Bison will be thankful to return home.