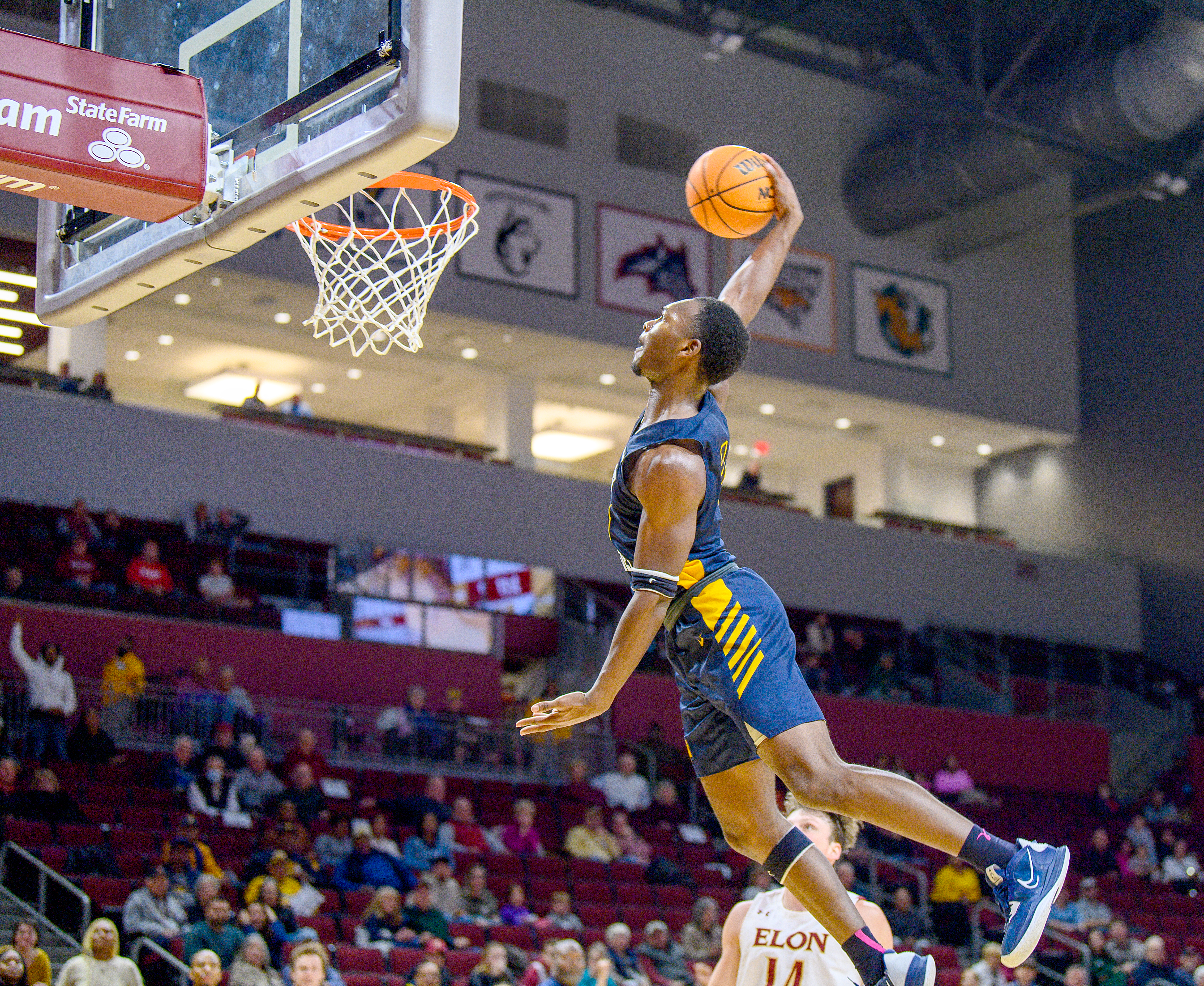 NC A&T pulls away to CAA win at Elon

The Aggies (7-11, 2-3 CAA) turned up the intensity, particularly on the defensive end, in the second half. The run to open the second half featured a 3-pointer from reserve point guard Love Bettis that tied the game at 54 with 14:42 left.

Watson canned a long 3-pointer and then got a steal for a breakaway dunk to put the Aggies up 72-67. They closed on a 8-4 run for the final margin.

Watson bounced back from back-to-back subpar games to lead the Aggies with 20 points and added 8 rebounds. Reserve forward Duncan Powell had 14 points and nine boards. Aggie scoring leader Kam Woods (18.6 ppg.) was held to 14 but led the Aggies with five assists. Austin Johnson led the Aggies to a 49-34 edge off the boards with 12 rebounds. Demetric Horton had nine points as he canned 3 of 3 from long range.

NC A&T pulls away to CAA win at Elon