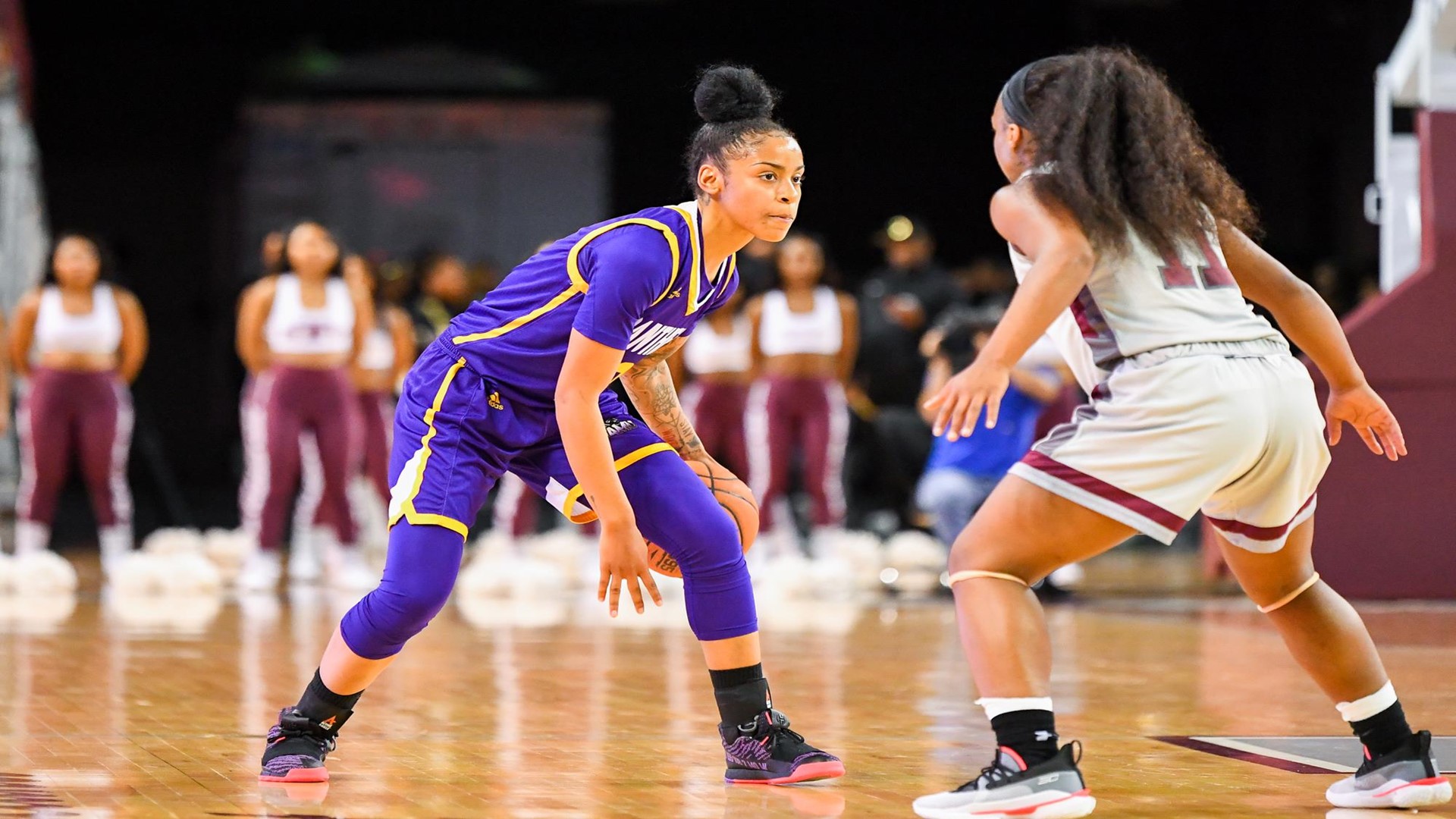 Jackson State WBB falls to Prairie View on the road

The Tigers took a lead into the fourth quarter, but could not hang on against Prairie View A&M.

PRAIRIE VIEW, Texas – The Jackson State women’s basketball team took a 47-41 lead into the fourth quarter, but could not hang on and fell 69-65 to Prairie View A&M on the road Saturday afternoon.

The Tiger’s defense held Prairie View A&M to only 34.9 percent shooting from the field. The Tigers also limited the Panther’s leading scorer Diana Rosenthal to 4-of-15 shooting in the game.

The Tigers held PVAMU to only 34.9 percent shooting from the field.
JSU’s bench came alive by adding 33 points to its scoring output.
Jackson State lost despite a 32-31 rebounding advantage.
Jariyah Covington led the Tigers with a game-high 22 points and got a game-high nine rebounds from Angel Jackson.

The Tigers will close out its Texas swing with a visit to Texas Southern Money evening. Tip-off is set for 5:30 p.m. at H&PE Arena.

Jackson State WBB falls to Prairie View on the road