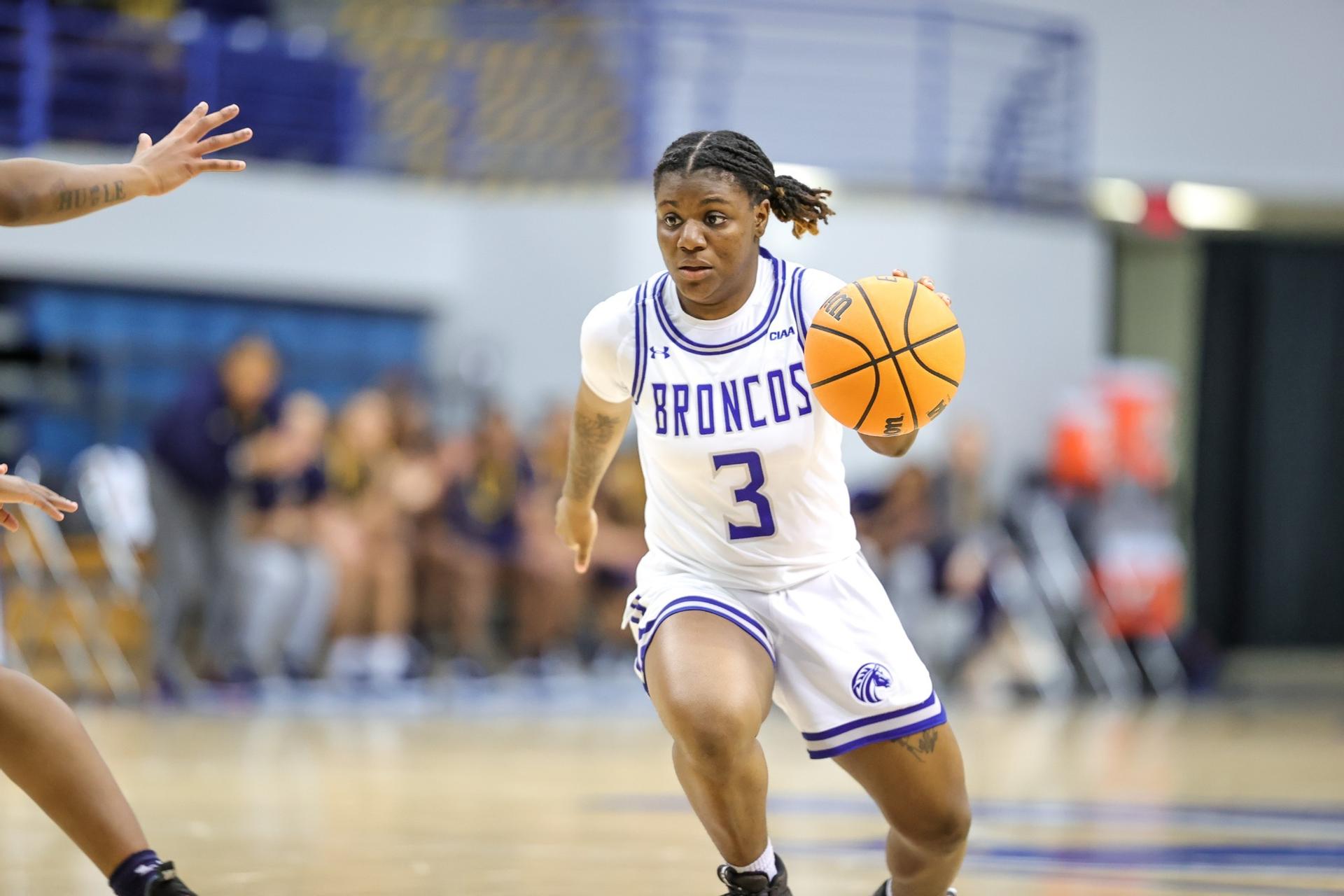 Fayetteville State women get by Johnson C. Smith to improve to 5-1 in CIAA play.

FAYETTEVILLE, NC —The Fayetteville State women’s basketball team had two players score in double figures on the way to a 70-60 win against the Johnson C. Smith Golden Bulls at home Saturday. Imani Elliott had 23 points and Rasheka Simmons tacked on a double-double with 16 points and 11 rebounds. Morgan Graham added six points, three steals and five blocks.

The Broncos (10-5, 6-1 CIAA) got a 38-point performance from the bench. Led by Alexis Radcliff’s four offensive rebounds, Fayetteville State did a great job crashing the offensive glass, pulling down 16 boards that resulted in 13 second-chance points.

The Fayetteville State defense held Johnson C. Smith shooters to only 36.7 percent from the field, including 22.2 percent from three-point range. The Broncos also kept Shaniya Jones to 3-of-17 shooting and seven points in the game.

Fayetteville State started out the scoring by going on a 6-0 run to take an early lead with 8:14 left in the first quarter. The Broncos then surrendered that lead and entered the second quarter down 12-10.

Johnson C. Smith kept adding to that lead, building an 18-14 advantage before Fayetteville State went on a 6-0 run, highlighted by a three from Elliott, to take a 20-18 lead. The Golden Bulls then came roaring back to take a 23-22 lead heading into halftime.

Following halftime, Fayetteville State kept the Golden Bulls from growing their lead before going on a 7-0 run, punctuated by a basket from Simmons, to grab a 43-37 lead with 41 seconds to go in the third. Before the conclusion of the third period, the Golden Bulls had cut into that lead somewhat, but the Broncos still entered the fourth quarter with a 43-40 edge. Fayetteville State played well near the basket, scoring 14 of its 21 points in the paint.

Fayetteville State kept widening that lead, expanding it to 52-45 before going on an 11-0 run to grow the lead to 63-45 with 3:48 to go in the contest. The Golden Bulls narrowed the margin somewhat before the game was over, but the Broncos still cruised the rest of the way for the 70-60 win. Fayetteville State got a boost from its bench in the period, with non-starters scoring 15 of its 27 total points.

The Broncos will host Livingstone on Wednesday, January 18 at 5:30 p.m.