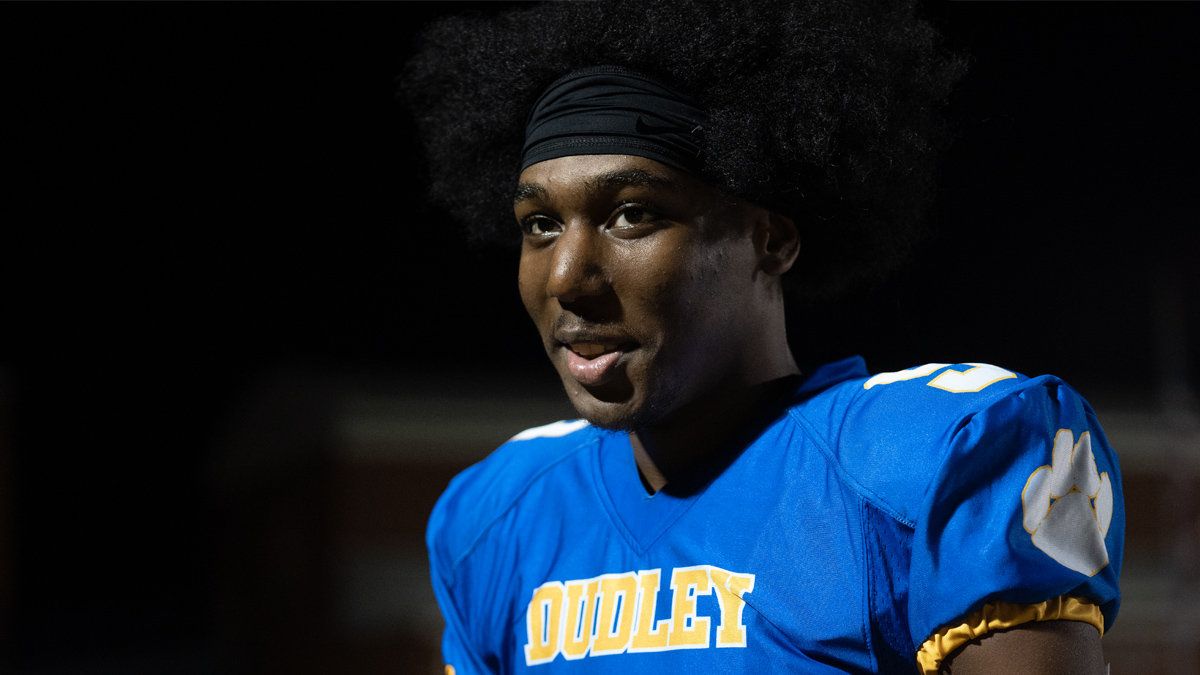 Jailen Hicks, son of HBCU legend and NFL RB, heating up in recruiting

Jailen Hicks has an NFL father who played HBCUs. But he’s blazing his own path to stardom.

Jailen Hicks has a lot going for him. The senior, who attends NC A&T Middle College but plays for Dudley HS in Greensboro, NC, has the height (he’s 6’4). He has the speed (he runs a 4.34 in the 40-yard dash). And he’s got the production — he averaged better than 10 yards per carry during the 2022 season.

He also has an NFL pedigree. One with HBCU ties at that.

Hicks is the son of Maurice Hicks, one of the most decorated running backs in North Carolina A&T and MEAC history. He went on to play in the NFL for over half a decade before returning to Greensboro.

Hicks says his son began getting noticed as a freshman by a few big-time schools — including Penn State — but COVID hit, changing the game for his son and the rest of the college football world. Three years later, he’s gotten offers from more than 10 HBCU on both the Division I and Division II levels, as well as FCS programs like Yale and Campbell.

“It’s picking up, he’s gotten to where more schools are calling, asking for his transcript that’s going to come through and see him,” Maurice Hicks told HBCU Gameday over the phone. “Once a lot of teams came to see him and they see the size he is, they’re like okay this kid is definitely what he’s said he is.”

Maurice Hicks says the recruiting process is much different now than it was when he was a star back at Norview High School in Emporia, Virginia.

“I was a blue chip. I got recruited by just about every school it was. But recruiting has changed to a point because of social media. You know, you got Twitter, you got IG, Tiktok all this stuff like, we didn’t have that.”

Jailen Hicks ran for 1,032 yards and 10 touchdowns on just 99 carries as a senior at Dudley. He is set to visit Grambling State this weekend as the days tick off to signing day. He only has one FBS offer heading into the final two weeks before signing day, but the FBS interest is there.

“UNC, Duke, Utah, and ECU reached out to my coach and asked for my transcript,” Hicks told HBCU Gameday. “They said they are coming to my school to see me.  The coach from Indiana has been in touch too.  They said they were coming to see me as well.  So I’m just waiting to see what happens.”

Jailen Hicks has all the tools

The younger Hicks played mostly at running back like his father — but there aren’t many 6’4 running backs in college football or the NFL. His father isn’t particularly worried about that at the next level as he likes what he sees.

“I was like, in order for you to keep playing, running back, you have to show me that you know how to get low. That’s the main thing — get low. And your reaction to players coming to tackle you. I have to see that you can react very well. And he’s done well at that.

“So you know those are things that I look at. And he shows that he has great hands. He has really good hands. I wish he could have had more routes in where he had the ball thrown to him. Because he’s been working. He worked in the off-season as a receiver and I could see him getting better. Jailen is always improving and  getting better.”

The younger Hicks has shown much of the breakaway ability that helped his father rush for 2,812 rushing yards in his three seasons playing in Bill Hayes’ run-oriented offense, including a 437-yard performance against Morgan State as a senior. He put up those numbers against many of the programs that are now recruiting his son as he has offers from schools like South Carolina State, Norfolk State and archrival North Carolina Central in addition to his alma mater.

The elder Hicks says no matter where his son lands, it’s up to him to choose his own path. And he’ll be with him every step of the way.

“I told Jailen that he has set his own path. And if that’s the path that he chooses to go, I’ll be supportive of him. But I’m going to always be an Aggie. But I’m definitely going to root for him no matter what school he goes to. Whatever uniform he puts on — I want him to represent that school to the highest level.”

Jailen Hicks, son of HBCU legend and NFL RB, heating up in recruiting