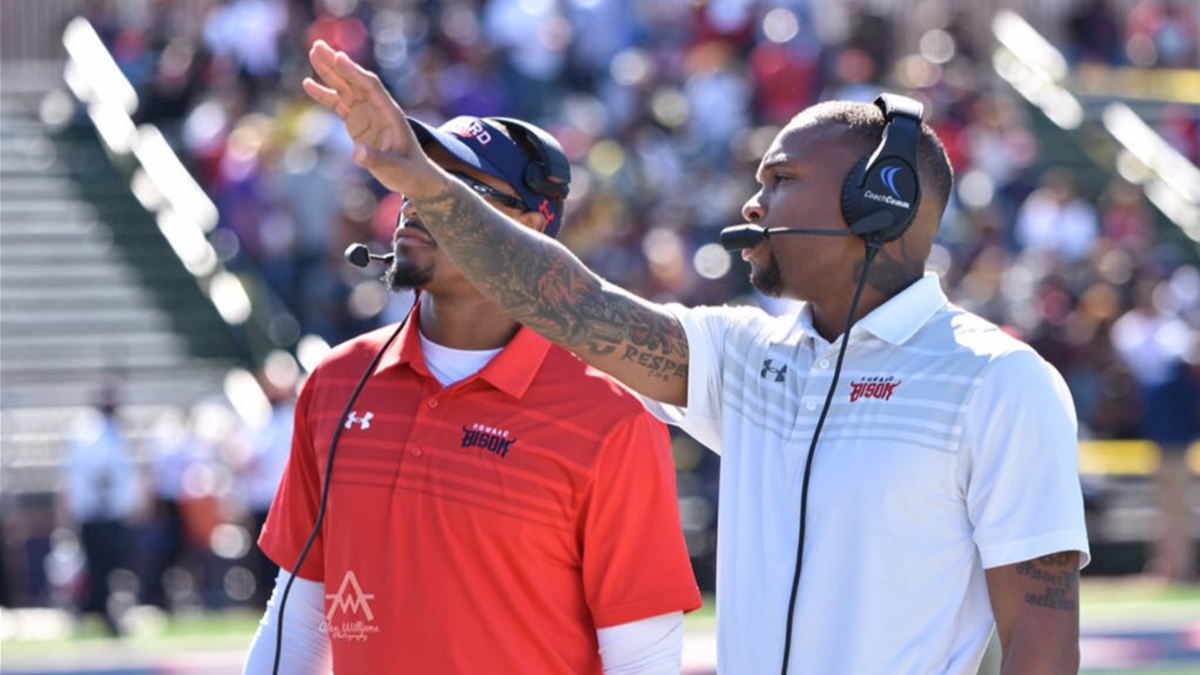 UNLV has picked up a coach and player who both left their impact on HBCU football.

UNLV is adding a former HBCU assistant coach as well as a former All-SWAC running back to its football program.

Former Alabama A&M running back Gary Quarles Jr. has committed to Nevada-Las Vegas after a stint in the transfer portal. The offense he will be running there will be under the tutelage of former Howard University offensive coordinator Brennan Marion, who will serve the same role at the FBS school.

Marion spent last season as passing game coordinator for Texas, and before that served as code receivers coach at Pittsburg and Hawaii. His first DI job, however, came as offensive coordinator and quarterbacks coach at Howard.

Ironically, his first game at Howard was the one that freshman Caylin Newton led the MEAC squad to a 43-40 upset over — UNLV.

Marion spent two seasons at HU — 2017 and 2018 — before leaving with Mike London take over as offensive coordinator at William & Mary. He spent one season there before moving on to Hawaii.

Quarles played in a total of 29 games for AAMU since joining the squad in 2018, rushing for 1,619 yards and 17 touchdowns in 390 attempts. He shined in 2021 as he rushed for over 1,200 yards and 14 touchdowns in 14 games between the spring and fall football seasons, helping to lead AAMU to the spring 2021 title in the SWAC. Quarles also proved himself to be a weapon in the passing game that year as he caught 29 passes for 316 yards.