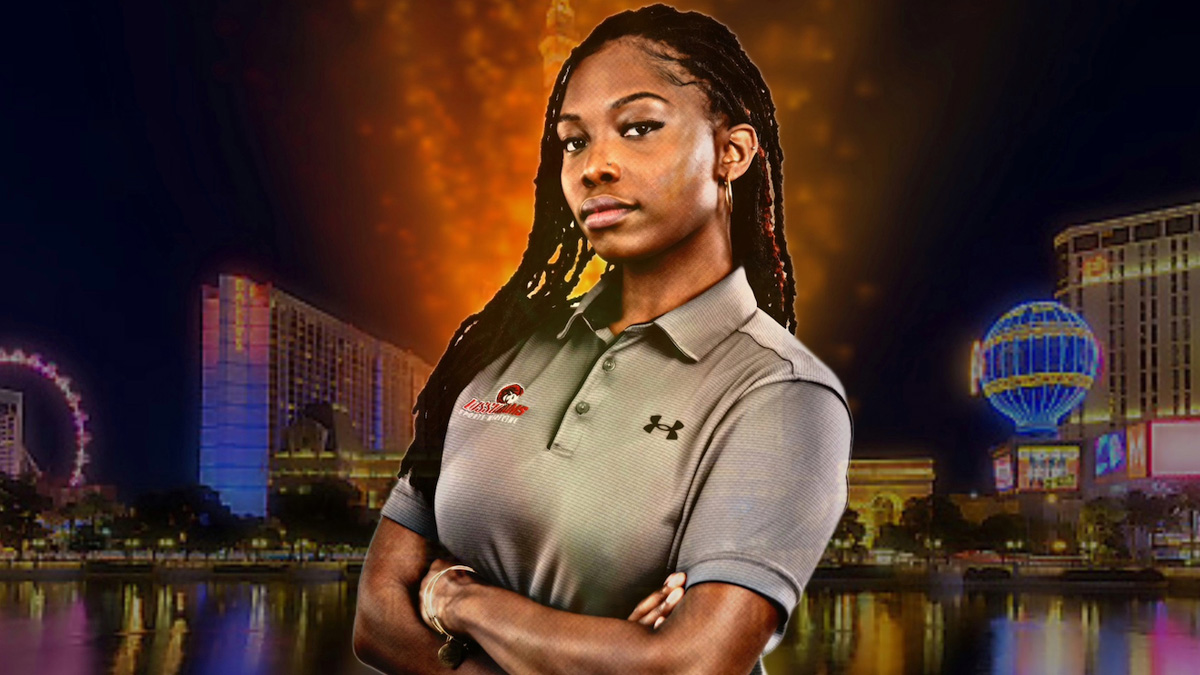 WINSTON-SALEM, N.C. – Regyn Davis-Young from the Winston-Salem State University athletic training staff has been awarded the opportunity to attend the East-West Shrine Bowl on February 2. 2023 in Las Vegas, Nevada.

Davis-Young will work with the athletic training staff during the game.

“It was an amazing opportunity to cover the HBCU Combine and Reese’s Senior Bowl last year,” said Davis-Young. “To be invited back by the same organization for an even larger event is a humbling honor that I do not take lightly or for granted. In light of Damar Hamlin’s on-field medical emergency, the Athletic Training profession has been pushed into the spotlight allowing the world to see the indisputable importance of its professionals. It brings me great satisfaction and joy to be afforded the opportunity to learn from some of the best and represent Winston, the field of Athletic Training, and Black Women in sports at the East-West Shrine Bowl.”

Davis-Young helps oversee the day-to-day operations in the training room and assists the student-athletes.

About the East-West Shrine Bowl

Since 1925, the East-West Shrine Bowl has benefited Shriners Children’s and its mission while showcasing the next generation of NFL legends. An invitation to take part in the annual East-West Shrine Bowl is an once-in-a-lifetime opportunity for the best senior collegiate football all-stars in the country to showcase their talents in front of top representatives of NFL teams. A strong performance in the game greatly impacts a player’s chances of a career in the NFL. Many of professional football’s most recognized and decorated players, including Tom Brady, Walter Payton, Lawrence Taylor, John Elway, Gale Sayers, and Jimmy Garoppolo, played in the East-West Shrine Bowl.

For more information on the bowl visit https://shrinebowl.com/about-us/.