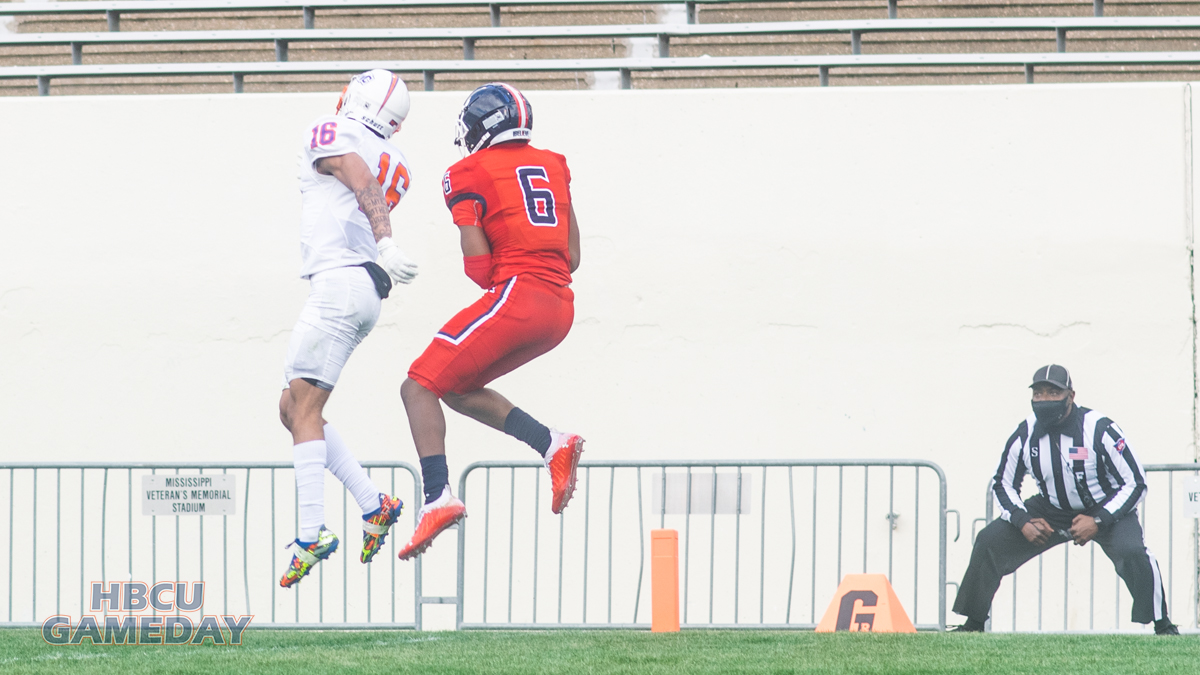 The Cleveland Browns have several players that spent time at HBCUs on their practice squad.

Ironically, none of the players who agreed to deals with the Browns spent their entire careers at HBCUs.

Baldwin started his career at Morgan State, where he spent two years before going into the transfer portal prior to the 2019 season. He landed at Jackson State under head coach John Hendrick, but played for Deion Sanders during the abbreviated spring 2021 season. After posting a breakout performance in that short span, he hit the transfer portal again and landed at the University of Michigan.

Like Baldwin, Perry started his career at an HBCU, playing for South Carolina State. The Raleigh, NC native played at SC State from 2016 through 2019, then transferred to the University of Illinois in 2020. He played a pair of seasons there before turning pro.

Story Jackson started his collegiate career at Hutchinson Community College before transferring to Prairie View A&M. He turned into an All-SWAC linebacker while he was there — eventually hitting the transfer portal to finish his career at Liberty.

Now all four men who were on the practice squad with the Cleveland Browns in 2022 are hoping to stick heading into next season.